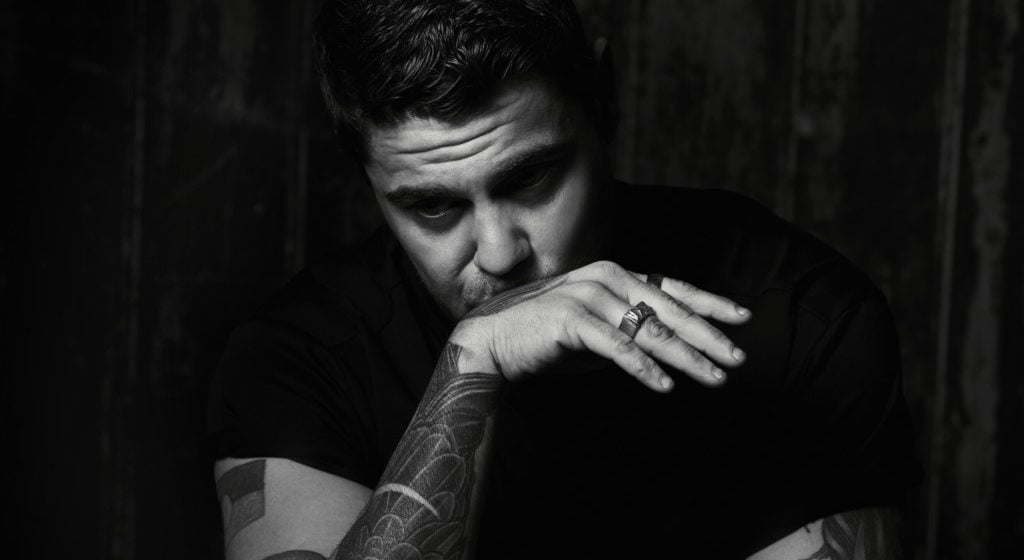 Homegrown rocker, Dan Sultan, is no stranger to an infectious guitar riff, nor the harsh reality of racial politics here in Australia. We sat down with him to talk about his set at Splendour in the Grass ’17, the inescapability of all truth, and his new release, Killer.

This is actually the third time I’ve seen you up close recently. About a month ago, I saw someone that looked suspiciously like you at the Unicorn Hotel during a Steve Smyth gig.

At the Unicorn… yeah, yeah. That was it… I know Steve, he’s great. His bass player and I went to high school together… He’s awesome. He’s a fucking force.

So the other time I saw you so up close was just at Splendour last weekend. I only caught the last twenty-ish minutes of it, but it was a great set.

Ah right… Thanks very much, man. Did you see the confetti?

You got the best bit. My whole life had lead up to that moment—confetti!

You’ve been applauded for the political statement you came out with, alongside A.B. Original.

Was there any discussion or co-ordination between you and A.B. beforehand?

No, we don’t discuss anything. We’re all individuals, and we all just go for it. We’re family, we’re brothers. Things like that… serendipity, it happens… We’re just wearing a shirt… I don’t think about it that much, bro. We’re just out there doing it. Whatever happens, happens. We’re fighting the good fight, and we know that we’re right. And we know that we’re on the side of right. It’s not a matter of opinion. It’s not our opinion that that happened. It’s not our opinion that we’re fighting the good fight. We fucking are. You know, someone could have the opinion that the world is flat, and they’re entitled to it, doesn’t mean they’re not a fucking idiot. Know what I mean? It’s not our opinion… that history will see us as the freedom fighters that we are, and you are, and we all are. Trying to do the right thing.

You’re a part of the minority in this country, know what I mean? Trying to do the right thing, the shit you’ve dealt with, in some respect. And I don’t know what you know, and you don’t know what I know, but we can relate, and we can emphasize, sympathise… fuck what these rednecks say. And I’ll tell you what, if pointing at the scoreboard and giving a history lesson about Australia affects someone’s sovereignty, and their national pride so much… of a country they apparently love so much, and would do anything for, but they don’t even give a fuck about its history…

Must be something culturally wrong…

… Oh, well obviously they’re full of shit. Their sovereignty is fuck all, and it’s wafer thin… We know where we are… It is what it is. It’s up to other people whether it becomes political or not. We’re writing a song. For me, it’s a love song. It is. It’s a patriotic song. Probably the most patriotic song that’s been written.

I know you said it’s all divorced from politics, but there’s no better time to politicise the issue of race. With movements like Black Lives Matter, the verdict of the Elijah Doughty case, it comes to this recurring theme that can be found in your album.

Just because people are talking about that stuff now, doesn’t mean it’s suddenly a thing. It’s been a thing for fucking hundreds of years, mate. It’s genocide, that’s what it is. It’s ongoing genocide, unapologetic, white supremacy, [against] our people. Mandatory sentencing is only in place in the Northern Territory, and WA, where most of the Aboriginal population live—it’s not a fucking coincidence mate. And we’re still dying in gaol, every year… It’s gone up since the last inquest… it’s fucking genocide, mate.

It’s all very well to sit here in Surry Hills, and have a beer, wearing our nice coats, and going out—it’s happening. It’s full on. And it happens from the day a child is born. To the day they die, seventeen years earlier than… someone who wasn’t born Aboriginal. It’s a fucking disgrace, and the whole world’s watching… all we’re doing is holding the mirror, and if anyone freaks out about it, it’s because they don’t like how they look.

Well, all truth is inescapable. There is only truth though. It’s either true, or it doesn’t exist. People can lie about it, doesn’t mean it isn’t true though.

With the massive amounts of stories out there, do you ever have trouble deciding which ones to tell first?

It’s heartbreaking… It’s just heartbreaking. I think about it every day. Everyday. But fuck, if you don’t laugh, you cry. You got to keep moving. I’m very fortunate, to be in the position I’m in. I need to enjoy it, and make the most of it, and just keep fighting the good fight… What really hurts is people telling me that it’s not, telling me that I shouldn’t be offended. Don’t tell me what I should and shouldn’t be offended by… It’s just the height of entitlement… I’ve travelled the world… Dark people are cleaning it up, and white people are making the mess.

I have to say, in this you paint a beautifully vivid picture of identity, heritage, and your connection to the land. Songs like Kingdom is raw with emotion. Almost like a rallying battle cry, calling to reclaim what’s rightfully yours…

Then on songs like Magnetic, where you’re struggling to retain who you are as a person. You tap into this deep reservoir of emotion. Do you ever find it draining?

And how do you recharge?

I don’t know… You just don’t know, mate. There have been times where I haven’t been able to recharge, and I’ve got nothing to write… I mean, you’re a writer. You know. You get writer’s block. And then sometimes, it’s like bang! Whether it’s a great meal, or a friend, or someone you’re spending time with, it makes you feel something that lights something within you. The way they smell, even after they’ve left, on your pillow… We’re so esoteric… and as writers, we’re… sponges… But then it takes one little drop to [Mimics sponge absorbing liquid.]. It’s so… we can’t stop.

And finally, if you could have one message broadcasted to every household in the country, guaranteed to be heard, what would you say?