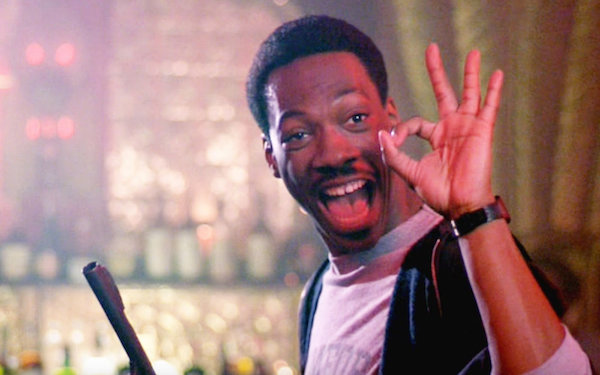 The Eddie Murphy revival continues with the star of 48 Hours and The Golden Child set to reprise his role as detective Axel Foley in a brand new Beverly Hills Cop flick.

Paramount currently own the rights to the franchise, and after years of developmental doom, has decided to make a one-time licence deal with Netflix to allow the streaming company to create the fourth film in the action-cop series. Murphy will once again star as the loudmouth detective while original producer Jerry Bruckheimer is also returning.

There are no details regarding the film’s plot, director or cast, but what we do know is Netflix’s deal with Paramount does allow the company to film a fifth Beverly Hills Cop flick if the fourth one is a success.

The partnership between Paramount and Netflix is not only great for both companies but highly profitable for Murphy. The 58-year-old has received high acclaim from critics and a healthy paycheck for his role in Netflix film Dolemite Is My Name and has since been offered an exorbitant amount of cash to film a stand up special for the streaming service. He’s also set to receive a substantial wage for the long-awaited sequel Coming To America 2, another Paramount property set for release early next year.

There’s no word on a release date just yet, but in the meantime, you can throw it back to the OG trailer below.

RELATED: A ‘Friends’ reunion is reportedly happening with HBO