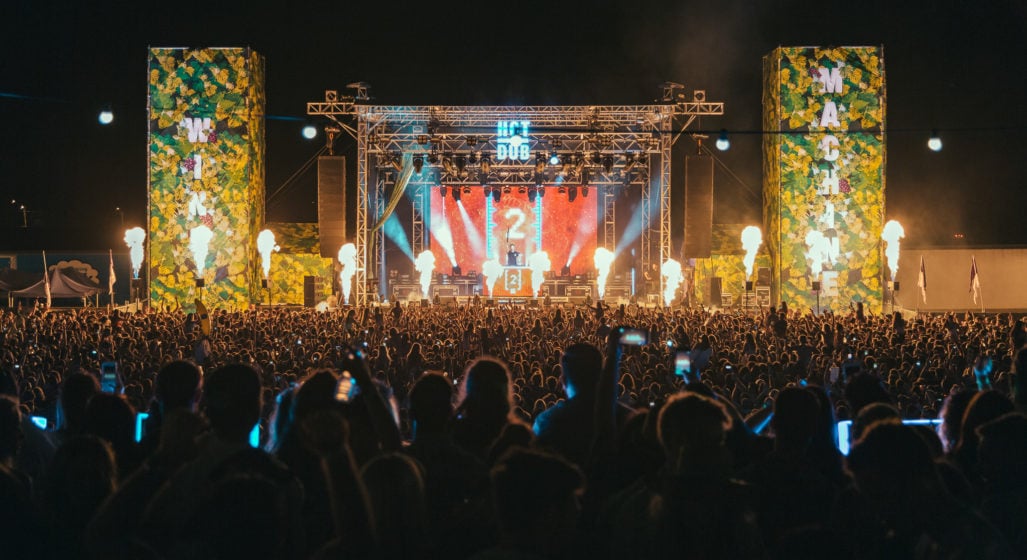 Festivals can be polarising events. Group together a bunch of like-minded artists and you’ve got yourself a good time for some, but likely not for others.

Wine Machine is no ordinary festival – they actually refuse to call themselves a festival at all.

Spin a vino twist on an already all-time successful event, Hot Dub Time Machine, and you’ve got yourself the best excuse for a squad weekend away in some of the most pristine locales around the country.

Wine Machine is a festival that simply doesn’t give a shit about genres or decades – in fact, Wine Machine mashes all of them together for a blended variety of some of the best bangers from the last century. Taking over the country’s best outdoor venues among some world-class vineyards and attracting an eclectic mix of quirky costumes and party goers, Wine Machine is back in 2018 with an even stronger line-up in the anti-festival game.

The man behind such simple magic, Tom Loud, has been DJing since 2001 but never quite found a festival category to fit in to.“I never became a house DJ or a funk DJ or a Hip Hop DJ, because I didn’t like playing one genre – I found that a bit boring,” he explained to us when we spoke with him last year.

He once played at Sydney’s Stereosonic festival, and while other DJ’s on his stage were all dropping hardcore EDM left, right and centre, Tom walks out and opens with “I Want You Back” by the Jackson 5. The crowd went bonkers.

Realising he was sitting on a gold mine with a simple premise – “Best. Party. Ever.” – he’s turned Wine Machine into a yearly pilgrimage for anyone of any age who enjoys the “Best. Chardy. Ever.”

Supported by a stellar line-up including Touch Sensitive, The Kite String Tangle & Sneaky Sound System all on the one stage spinning tunes, Wine Machine returns to NSW’s Hunter Valley this Saturday, March 10. A few remaining tickets can be snatched up here.

For our friends in Victoria, you’re only a couple of weeks away from your own incarnation in the Yarra Valley.

Grab a squad, get your garden party game on and get around it.

Presented in Partnership With Wine Machine.