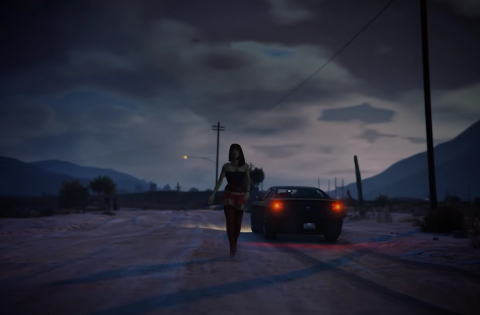 Who doesn’t remember the Spike Jonze and Kanye West-co-directed music video to Yeezy’s 2007 Graduation single “Flashing Lights.” The clip was filmed entirely in slow-motion, with Playboy model Rita G featuring as the centrepiece, setting a Ford Mustang Bullit on fire with Kanye himself tied and gagged in the trunk. The visual now receives a thrilling Grand Theft Auto V tribute courtesy of I Can’t Even Productions and despite being dubbed with a clean version of ‘Ye’s track and featuring an alternate ending, sit back and enjoy this visual feast.