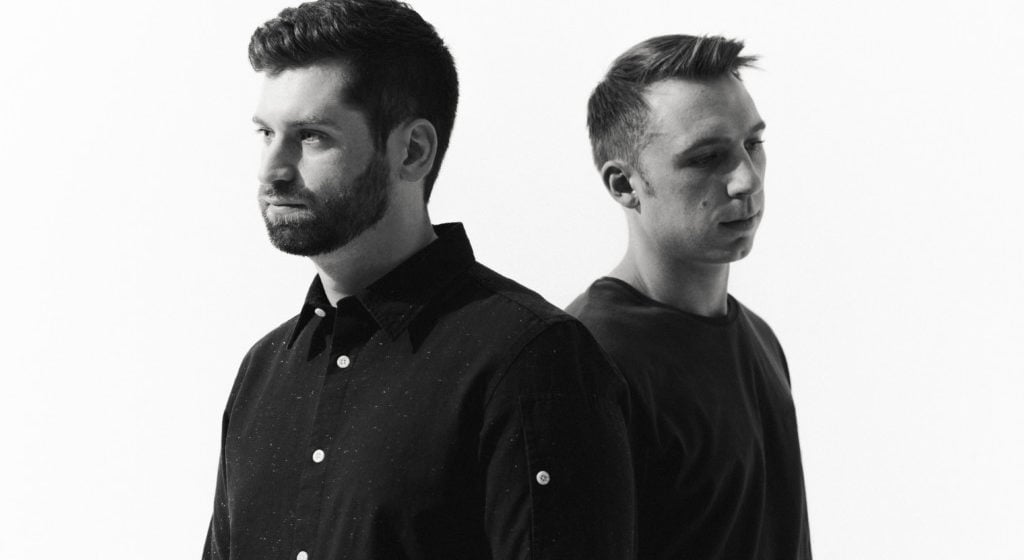 Cutting edge, critically acclaimed, and beloved by all EDM fixture, ODESZA, have been drip feeding the world new songs over the past few months. Now with a full length album set to release, and a fuller world tour to accompany it, we sat down with Clayton Knight AKA Beaches Beaches, to discuss the sentimentality of their music, their new album, ‘A Moment Apart’, and dream collaborations on would-be lists.

There’s something deeply sentimental about your songs, if that makes sense. Setting aside lyricism of featured artists, and all the implications words may have, you always get the sense that there’s a certain gravity to it all. Like there’s some emotional currency behind every chosen note. Is this intentional?

I guess in some ways it’s intentional. How we go about writing and whatnot, we don’t start that way. It just kind of develops that way. You know, sometimes you start a song, and as you’re building it, it kind of writes itself in some ways. I think whether we’re aware of it or not, we’re attracted to those more intimate, emotional sounds that really gives you… it gives me those chills down the back of your neck… that vibe that I really crave from music. So I think without even being aware of it, we’re attracted to that, which is what shines through in the music that we create.

Are you guys particularly sentimental in any sense?

[Laughs.] I guess we are kind of sentimental in some sense. I’m a big family guy, I love having my family around me. I think that kind of connection to my roots and whatnot, having that foundation has… it does show in some of our music. The sort of music I love is deeply emotive, and cinematic… and has these feelings… I’m just really drawn to that.

On the subject of song writing, is there an ODESZA rulebook for writing/producing a song? And in any case, what would be some key tenets of important values according to you?

As far as producing, really trying to pull back and figure out why you like music is a really important aspect to me, and I think, again, going back to that level of experience in music, creating that buzz… having that and really knowing how to tap into that with yourselves, and what you like about a certain song that allows you to go create music that is very personable, and make you excited about making music… if you’re not excited about making music, you’re probably not going to make anything that good… A lot of the good stuff comes from pushing yourself in uncomfortable ways sometimes, and really trying some new stuff… to see what comes out of it. Some of the best stuff we have is, you know, accidental most of the times.

It’s no secret that we now live in the age of the internet, with a proliferation in globalization. Do you find that as the old barriers of access are breaking down, there’s a decay of genres? That people aren’t as limited to genres as much as previous in a post-genre world?

Yep. Definitely. Definitely. The genreless society in music is near approaching. Everything’s kind of blending in or vibing off each other, in some sense… The streaming services are where they are, and the amount of access we have where people are listening to a wide range of different stuff… They’re getting experience, they’re hearing all this other stuff influencing them. There’s a huge crossover these days between pop music, electronic music, indie, folk, everything’s kind of listening to itself in some way… finding pieces from other genres and applying it to their music. That’s what we do… I love a lot of different stuff, be it hip-hop, or ambient music… capturing some of that and putting it in your own way, kind of blending it in your own way, that’s a really important process.

It seems that in terms of music output, you guys can do no wrong. And this latest album just proves that. As always, I found it hard to pick a favourite, so kudos on that front.

Thank you so much, man, it means a lot.

Now throughout A Moment Apart, you can definitely hear elements of classic ODESZA– vocal cuts, the progression of the melodies, the composition of the percussions—but you’ve also begun to explore some new territory. Songs like Late Night, Everything at Your Feet dips a toe or two into what I would say is more retro synth waters. Across the Room delves into more soulful frontiers but that’s to be expected with Leon Bridges. What motivated this, I guess, step towards artistic evolution?

In every new project and album experience, we’re trying to balance some aspects of ourselves, at the same time capturing what we love about music. The songs that you mentioned were kind of coming from that… coming from mistakes. We were kind of stepping on something, and by happy accident, we discover a new path that we didn’t even know existed… Those are what our strengths are, always trying to make those mistakes that create something forward thinking, in our minds at least, and trying to push ourselves.

The track list features a really eclectic line-up of talent, from Regina Spektor, Leon Bridges, our own RY X, to a whole host of other names. How did you guys decide who you wanted for what songs, and what was the planning like?

When we first start writing a new album… like the classic sort of stuff we did for In Return… we [try] as many different people as possible. We kind of met a lot of people in terms of the electronic world, a lot of topliners that had done your classic electronic dance stuff in the past. We found that this wasn’t creating anything super unique for us, so we went about reaching out in different directions, especially different genres. People that don’t usually see in electronic music… Leon Bridges, Ry X, really came from that attempt to make ourselves somewhat uncomfortable… we’re not always too familiar with their worlds, they’re usually not too familiar with ours, so just trying to bridge [Editorial note: pun went on unrecognized but no further, I say] that gap, usually creates something really unique. Neither one of you are… you’re super uncomfortable, you’re trying to figure stuff out a bit, you make your mistakes… that leads to well created sounds. It becomes unique.

Are there any other acts here in Australia (or otherwise) you want to also work with in the near future?

Oh man, there’s a couple I’d really like to work with, first of all. I’m a huge fan of Animal Collective, … there’s a couple of producers I’d really like to work with… Australia, you guys have plethora of talented artists. Tame Impala, I’m a huge fan of what they do. There’s a long list of people I’d like to reach out to. It’s leaning towards more towards that indie rock world, maybe down the line kind of develop something in between us and that.

So what you’re saying is, we can expect an ODESZA x Tame Impala remix soon, right?

[Laughs.] Fingers crossed. That’d be amazing. I’m into it, so put in a good word out there… that’d be fun, that’d be a blast.

‘A Moment Apart’ is available for streaming and purchase on multiple outlets from September 8th. ODESZA will appear at the Forum, Melbourne, September 15th, and at the Enmore, Sydney September 16th-17th.