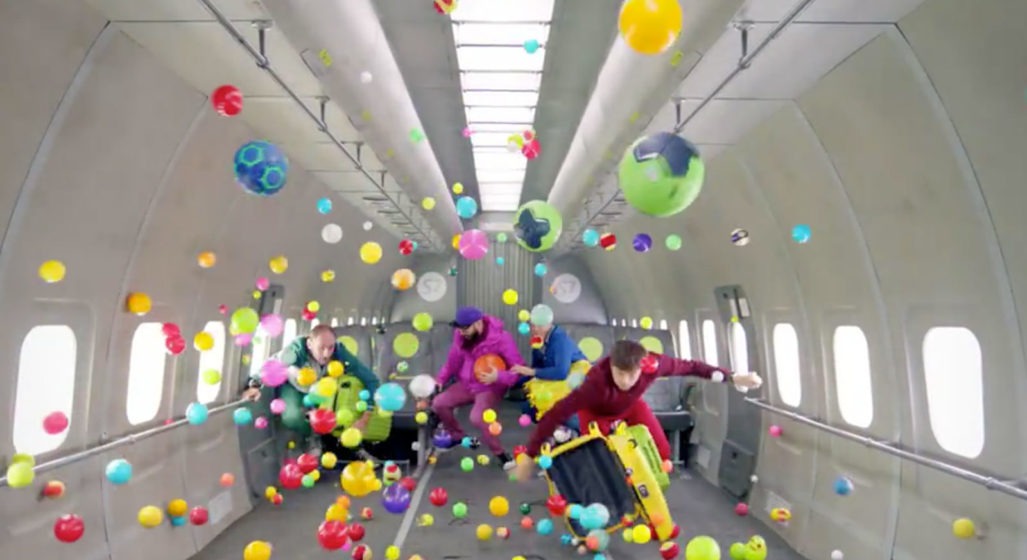 Since their first “viral” video where the band danced on a series of treadmills,OK Go have been setting the bar when it comes to creative music videos. Exhibitions of masterful planning and execution has been their forte, differentiating themselves from the rest of the indie musical world. Their latest video for the song Upside Down & Inside Out is one that surpasses any expectations they have set themselves and is simply mind blowing.

To achieve this masterpiece they filmed on a Parabolic Flight with Russian Airliner S7 Airlines which is to fly in Zero G. It took months of planning and pre production, initially flying 21 times (15 in zero G) to see what ideas worked and what didn’t as well as what looked cool in zero gravity (everything).

Then it was onto shooting, though the video appears to be a single take, it is actually 8 different takes stitched together. The reason for this is that the zero gravity period only lasts for 27 seconds, after that period it takes the plane 5 minutes to get recover and reach zero gravity again. To counter this the band would shoot their 27 seconds of weightlessness, pause in spot wait for the plane to round back and continue on with the clip. The music was split into 21-seconds sections of music that could be coregraphed with the zero G flight, they performed the song slightly slower on those initial recordings before speeding it back up in the editing process. All in all this was an incredible achievement of modern technology and some good old fashion human creativity.

Here are some behind the scenes looks as well if you just want your mind further blown!