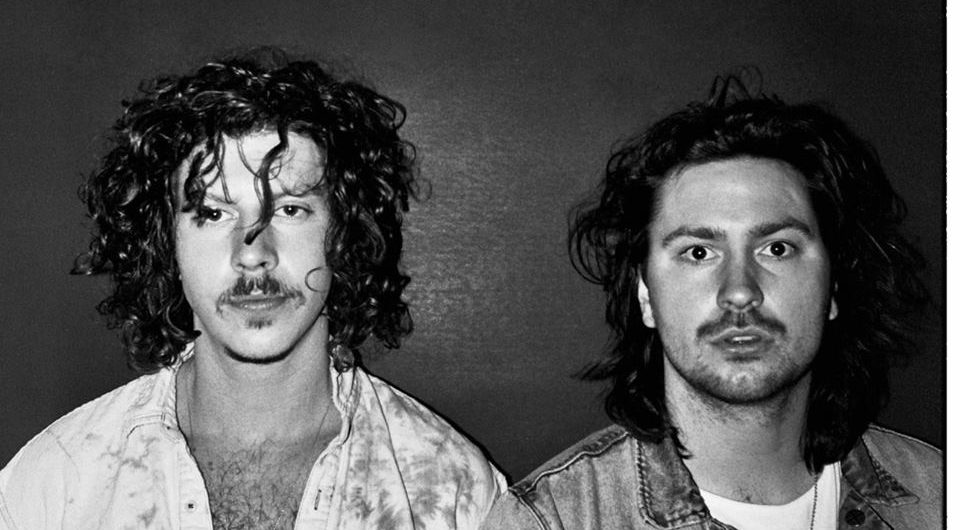 Multi-Platinum and ARIA award winning Canberra duo Peking Duk are back at it again, working their regular chart-topping magic with the release of the latest single, Stranger, featuring Elliphant. We sat down with Adam, one half of Australia’s EDM sweethearts, to talk things to come, staying on desired paths while establishing themselves in the scene, and Rich Homie Quan.

Did you ever expect to reach this massive level of success all from your bootleg of “Take A Walk?” Better yet, was this always the end game or were you guys just seeing how far you could take it?

I guess it all started out… we were young, dumb, and full of cum. We were just working on music, Reuben was in bands, I was doing some punk shit, and some hip-hop shit that wasn’t too good. We were just getting started, but once we started to realize what we could do with music production, I guess, once you get a hold of a laptop and realize what you can do with it, we realized we could take it somewhere… We are completely blown away with how far we’ve taken it thus far. But, I don’t know. I think ten years from now, we want to be sleeping with snow leopards and Lionel Ritchie singing us to sleep and that… maybe something neon too.

You guys have pretty much cemented your status as hard partying legends. Do you think that’s why you have such a talent for producing these EDM anthem tracks, or is it more of a conscious effort?

Well it’s kind of funny, because we spend a lot of time on the road doing these wild club gigs and festival shows which are very loose and very sweaty. And we do like to party, but then, you know, after that there’s obviously some downtime as well when we’re in the studio. And it’s kind of like the perfect contrast. So for the album we’ve got a bunch of music that I think people aren’t really going to expect. Like there are bangers on there, but there’s also… I don’t know, some stuff that sort of tickles the heart a little bit, in a very nice way.

I get what you’re saying. So with your latest single, Stranger, what lead you to this sort of comparatively broodier direction in terms of atmosphere? It’s still upbeat, but it’s a song where you feel something deep down in your gut, like there’s something at stake.

You’re a fan of Rich Homie Quan too? He’s dope. He’s dope. I think… we’ve been working on a bunch of music, as I was saying before, I think it was a perfect offering of what we’ve been up to. I mean, it’s a nice upbeat song like you said, with something that’ll make you feel some type of way. And Elliphant’s a G. We’ve been working with her quite a bit, and it just felt right, you know? The weather’s heating up down in Aussie, and its good times. As the Kiwis say, “Aussie”. I’ve never said that in my entire life. [Adam tries the same line in a Kiwi accent.] That was a South-African accent… It’s like if Hugh Jackman had a baby with Rich Homie Quan.

Have you seen Elysium? He’s got a South-African accent there.

Oh, dude. I haven’t seen it. I’ve been meaning to.

He’s got like a mullet, he wears khaki shorts through the entire thing. It was a trip.

I actually had a dream the other night that I was drinking beers with Hugh Jackman. And then… yeah. Then he left the kick on.

He seems like a pretty wholesome, nice kind of guy in the public eye. But beyond that, he could be loose as. What do you reckon?

Yeah, I’ve got this concept in my head that he’s just this maniac. Like screaming at walls and shit like that. But I don’t know the guy, so I don’t know.

The fact that Elliphant was almost not on Stranger has recently become quite public. During this process, was there a vision that you maintained that always included Elliphant, something in your mind that just knew she belonged on the track and if so, how do you balance the initial vision with the evolving end product?

Well I think that’s the whole thing. We were so persistent with it, and I know in the back of my head, the whole thing was, “She’s going to be on the joint”. She had to be on the song. The song was going to be corny without her on it. We just kept pushing for it. When we first heard the beat, it’s funny because I was… it was like, I’m not going to name names, but we had a few different people in mind. And then, we did another song with Elliphant earlier which is sort of in the back of the pile now, but it all happened very naturally and then everything was sweet. And then it was like, “Nah, the beat’s there, the vocal’s there, but the melody’s not good blah blah blah”. We were persistent with it, it just kept happening. Elli was like, “Nah, fuck this shit, I don’t want to be on the song. You guys do the thing”.

I think I read somewhere that you weren’t quite satisfied with the reception of Say My Name. How do you, as artists, try to manage expectations?

I wouldn’t say we were… it makes sense, you know. When I listen to that song now, to be honest, I’m sort of like, “Fuck, we shouldn’t have put that out then”. Actually, if I could turn back time, maybe in a later stage or something. It wasn’t the right move to put that song out then. We’re still establishing ourselves with everything, and that’s a very different vibe when you compare it to Take Me Over or High. It wasn’t received in the way that, I guess, we’d sort of built up in our heads that it would be. But that’s life. Sometimes you think things will work and they don’t. We learnt a lot from it. Not to take anything away from that song… looking back it’s like, “Oh… fuck, we took an L on that one”. We’ll keep going for it. In no way am I saying that was a loss of a song, that sounds dog. In the words of Rich Homie Quan, it makes me feel some type of way.

Back onto the whole topic of being hard partying legends, what’s the breakdown of a regular Peking Duk turn up night?

It varies man, sometimes it gets weird, sometimes it gets plain awkward. It all depends, you need to give me some scenarios if we’re going to talk shop… Couple beers turn into a breakdance battle, we’ll throw on some silly hats, maybe some sunglasses, and we’ll see what happens. The staples… good music, a Twister mat, and a box cassette of Ace Ventura. VHS that is. Box cassette. Is that even a word? I don’t know. A Celine Dion mixtape to really get the mood going, if you know what I mean.

You’re set to play at the FOMO festival in Parramatta alongside the likes of Slumberjack, George Maple, and Empire of the Sun. Any expectations?

Just waiting to have a drink with Desiigner.