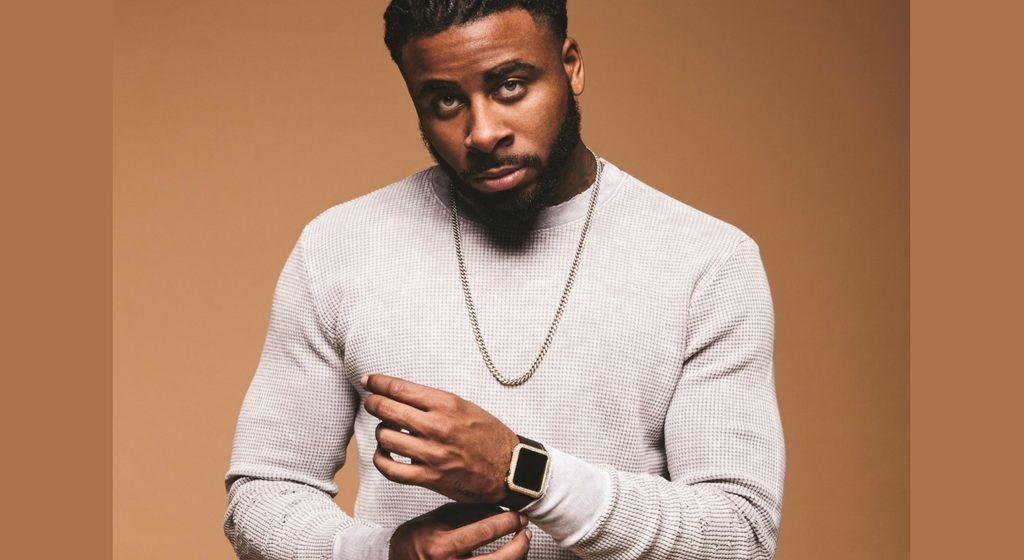 Back in 2013 Sage the Gemini burst onto the scene with an homegrown mix of irresistible hip-hop which turned heads, managing to slot him a platinum single and top 40 entry into the Billboard charts. He managed to do this without any traditional promotion or a co-sign, truly showing how music distribution can work in the modern day.

He returned in 2016 with another hit single ‘Now Or Later’ which was used and viewed over 6 billion times on Snapchat as a filter, showing his dominance in the non-traditional marketing of music. The story goes, Sage’s team approached Snapchat with the song and created a sunglasses filter with ‘Now or Later’ playing in the background. Celebrities like Kevin Hart, Snoop Dogg and Khloe Kardashian were seen rocking it and the strategy paid off, leading to an increase in plays for all of Sage’s discography. The return also showed his evolution as a musician, revealing a wider range of genres he could create in.

We managed to chat to Sage about how this kind of distribution affects his music and his identity as an artist.

‘Now or Later’ blew up because of how it has been distributed across various social media channels, the main one being Snapchat. Do you envision a song being suitable for social media when you make it?

Honestly, I just do whatever sounds good and if the record label likes it they release it. If it works, it just works. I do it for fun and set my own trend, I guess.

Is your music on a slow burner because of it? The US has taken a while to come around to your ‘Now or Later’ versus the rest of the world.

I mean, I always say that some people are more interested in my music while other countries aren’t. To be honest I don’t know why other countries move towards my music faster. All I can do is hope for the best and that the US picks it up quicker. I’m just glad that somebody is getting it.

Re-emerging in the last year or so, some people have called you an RnB singer as well as a rapper. Is there a degree of separation for you between the two?

I’m a Gemini so there’s no telling what I am . When you hear a beat, you either know it’s a RnB beat or a rap song so I guess it forms naturally that way. Recently I’ve tried to chase down RnB beats & turn them into crazy rap songs.

You’ve now had two massive songs with Flo Rida. How does pairing up with such a large personality work in terms of bringing the song together?

We are literally the same person, on song and in real life. It’s not hard at all to work together. Every time we get together we’re able to work it and get something out very very quick.

You haven’t released a full album since 2013 and in the meantime you have artists like Drake dropping 1-2 releases a year. Have you felt pressure to drop your upcoming project ‘Bachelor Party’?

Is it about taking a more calculated approach?

I mean before all this I was never even worked in a real studio. I used to work in my own home and I just felt uncomfortable in big studios. I took this time to really get to know myself and my music to evolve as an artist. I looked at how I moved, how my voice sounds, where my confidence coming is from, what do I say, how do I say it, what do I like to talk about and what my fans like to talk about. It was basically getting to know myself and getting to know music just a little bit.

The album will come once I feel like okay here it goes. It’s when I think I’m ready. There’s always going to be a lot of people out there hating and feeling like this album is whatever. I want to put something out there where the positive will outweigh the negative.

Recently you received a bunch of extra streams on your old hits ‘Gas Pedal’ and ‘Red Nose’, just off people discovering you for the first time or rediscovering you from ‘Now or Later’. Are you shocked at the longevity of your music?

No, because I feel like a talent is a talent. If something is placed there it’s never going to leave. People just make good music, no matter how long they’ve been gone. There’s a lot more people for me to reach out to. If I reached out to everybody, everyone in the world, then I wouldn’t have to rap anymore and I’d be a billionaire. That just means there are a lot more people to reach and I guess that’s what I’m doing right now. I feel like now I’ve learnt the trick and trades after ‘Gas Pedal’ and ‘Red Nose”. It was like I’ve matured and am ready to come to do what I’m doing now.