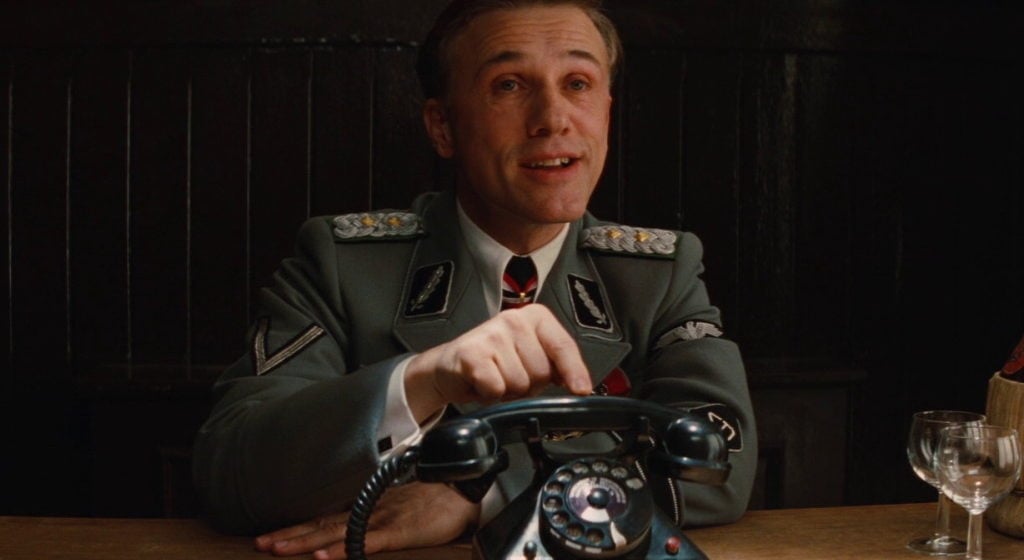 Quentin Tarantino was presented a lifetime achievement award in 2016 at the Jerusalem Film Festival, and in his acceptance speech, he reflected on his career to that point by proclaiming that Hans Landa (Christoph Waltz) from Inglorious Basterds is the best character he’d ever conjured up.

“Landa is the best character I’ve written and maybe the best I ever will write” said Tarantino. But it turns out Landa was such a unique character that he almost derailed the film by way of there being no actor with the skills to pull him off. “I was getting worried,” he added. “Unless I found the perfect Landa, I was going to pull the movie. I gave myself one more week and then I was going to pull the plug. Then Christoph Waltz came in and it was obvious that he was the guy; he could do everything. He was amazing, he gave us our movie back.”

Waltz was indeed amazing, earning a Best Supporting Actor Oscar for his role as the villainous multilingual Nazi.

Tarantino went on to confirm that he would be calling it a day after his 10th film, “I am planning to stop at 10 [films], but at 75 I might decide I have another story to do.”

Here’s hoping he changes his mind.

RELATED: Watch the full trailer for Tarantino’s Once Upon A Time In Hollywood