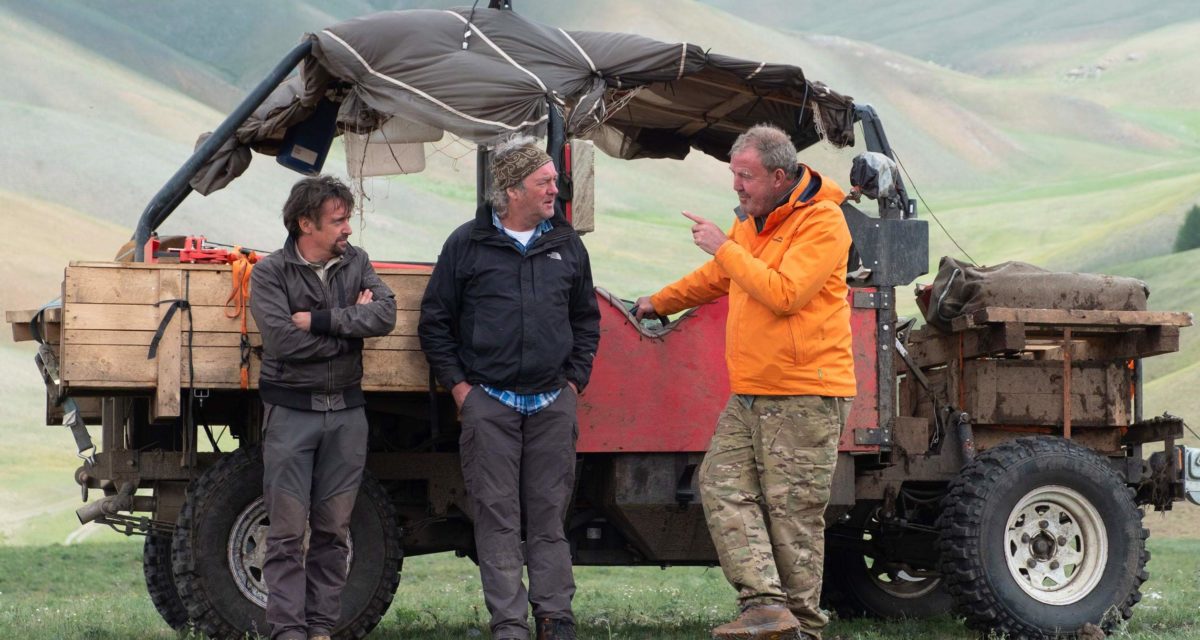 It was a sad day when the much-loved trio of Jeremy Clarkson, Richard Hammond and James May explained in the final episode of The Grand Tour season 3 that the show would be adopting a ‘specials-only’ format. No studio, no racetrack and no challenges. It seemed as if the days of regular programming that were brought across from their former network – and a career which spanned 25 seasons collectively – had finally come to an end. It got many of us asking, is The Grand Tour season 4 cancelled?

Well, yes, as we knew it before. But not entirely. Here’s what we know so far about The Grand Tour season 4, and more importantly, the Madagascar special.

Originally, two one-off specials each year. Producer Andy Wilman, when speaking with DriveTribe, promised feature-length episodes shot in the far corners of the world with the three amigos doing what they do best.

That concept actually kicked off last December with the first episode of the new format – The Grand Tour Presents: Seamen, where Jeremy Clarkson, James May, and Richard Hammond travelled through Cambodia and Vietnam by boat.

As we enter the latter half of 2020, though, and with the first episode now well and truly in the rearview mirror, it quickly left us questioning if the second special would ever make it to Amazon Prime Video this side of Christmas.

What is episode 2 of The Grand Tour Presents about?

The Grand Tour Presents, as it is now known, completed filming in Madagascar and the nearby French island of La Réunion late last year for the second episode of season 4.

Jeremy Clarkson told GlobalNews that the next episode “starts in La Réunion and then ends largely in Madagascar. We started on the very same beach that a Scotsman was eaten the other day.” (Clarkson is referring to a British citizen who was attacked and killed by a tiger shark in November 2019).

Other than this, we don’t know much about the second episode. A handful of reports state the trio was ‘marooned’ on a tropical island miles away from their crew.

In March of 2020, The Grand Tour Presents had also lined up the filming of a third special in Russia, but uncertainty around the global pandemic quickly halted production in its tracks. Wilman confirmed that the team will now have to “wait for the snow again and go next year.”

The third episode of The Grand Tour season 4 was thus inevitably delayed.

When is the next episode of season 4 coming to Amazon Prime Video?

Following the Seaman special, the next episode of The Grand Tour Presents will return to Amazon Prime Video in the latter half of 2020. As for a specific release date? Well, that remains to be confirmed as per the tweet above. It’s likely we’ll see a November/December release, as is the usual modus operandi for Prime Video in previous years.

It’s highly unlikely, however, that the third episode of this new format will be seen for some time.

James May reiterated the need for patience in a recent interview with The Sun. “The effects of lockdown on making TV shows is that we have to retract our ambitions for travel,” he said. The team “would rather wait a bit longer rather than rushing it for the sake of it and coming out with something half-arsed.”

Clarkson himself had this to say:

So while we wait for the next episode of The Grand Tour, pass the time with this interview we did with Jeremy Clarkson back in 2018. He talks about his experiences hooning in Australia, the one car he wishes was never discontinued, and the looming end of internal combustion engines…