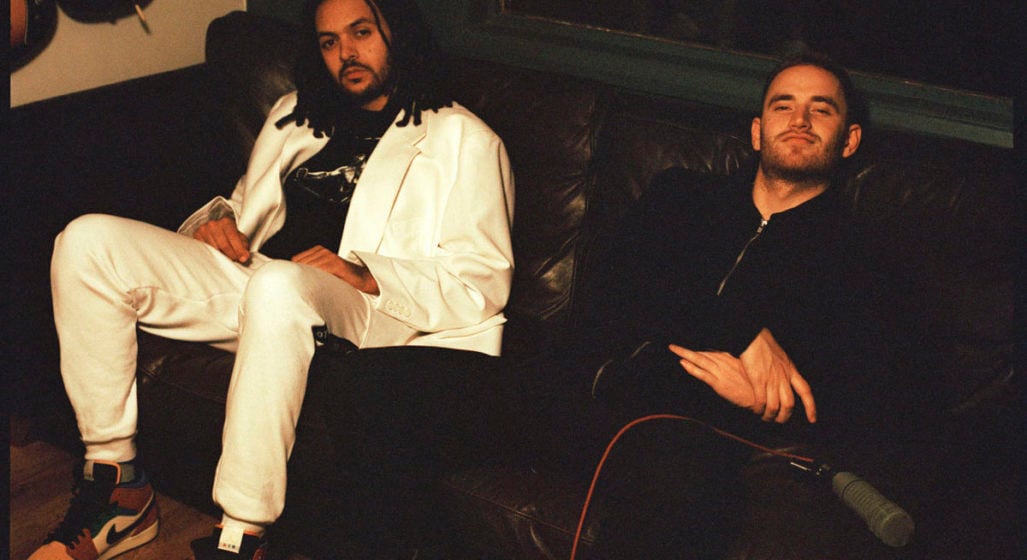 South London musical prodigy Tom Misch has come a long way since the last time we caught up with him almost three years ago. Two albums – Geography & What Kinda Music – a world tour, and over 4 million monthly Spotify listeners tend to do that for your career.

To say his popularity has ‘blown up’ would be an understatement. You’ve likely heard his music even if you haven’t realised it. It’s near impossible to walk into a bar, cafe or elevator without your ears pricking up to that signature guitar lick from the now 24-year-old.

Long gone are the days of his humble high-school beginnings, cutting up beats in his bedroom to upload on his Soundcloud. Fast forward to the present and the man’s ready to embrace a new tangent from the success of his debut album Geography, this time alongside percussionist Yussef Dayes.

In a quick yarn with Tom, we pick up where things left off, discuss the byproducts of this unexpected time off, and get some interesting insights into the new record titled What Kinda Music – which actually came about by accident.

Listen to it in the link below as you read through our chat with Tom Misch himself.

JM: Hey Tom, how you doing? How’s quarantine treating you?

TM: Good thanks man, yeah it’s alright – just playing a lot of guitar and a lot of Call Of Duty.

JM: Your ‘quarantine sessions’ are really starting to pick up online – do you just wake up one morning and start jamming or do you have these ideas ready to go?

TM: Yeah it gives me something to focus on I guess, work on throughout the week. I’ve been thinking about the next one, I’ll probably do a Bill Withers cover next.

JM: Respect. Let’s back it up a few years before we get stuck into the new stuff. Beat Tape 1 is finally on vinyl and streaming services – what was the process like getting that remastered? It’s ancient compared to what you do now.

TM: Amazingly, I don’t actually have that computer anymore, so I couldn’t find the project files. So what I had to do was go onto Band Camp and re-purchase my own album off Band Camp and then I sent those files to a mastering engineer who kinda levelled them out a bit more. Quite a funny process really.

JM: ‘What Kinda Music’ with Yussef Dayes is a very balanced collaboration, much more of a musician’s album. Putting a full album together is a big leap of faith though, especially off the back of Geography’s success – how’d this all start?

TM: I’ve been aware of Yussef for a while, we grew up in the same area. I remember seeing this guy at the school talent show – I think I went to an open day and this kid I saw playing the drums was insane. Then 12 years later I put two and two together and realised it was Yussef Dayes, and I’m a fan of his now. We met at my Geography launch party and said “hey, let’s get in the studio” and there was a really great vibe straight off.

JM: This album has quite an emphasis on percussion – fairly unique to your previous stuff – why did you think it would work with Yussef?

TM: You know what? We didn’t go in with the intention of making an album. We kind of just got in the studio and said ‘let’s just see what happens’ and stuff just came about really quickly. Before we knew it we had two or three tracks, and then a couple of weeks later we had six tracks. It was all very organic. Not many people collaborate with drummers or make an album with a drummer, so that’s something quite unique.

JM: There’s a voice on the phone call in the ‘Julie Mangos’ track that compares this album to Geography – who is it?

TM: So that’s my dad [laughs]. He’s always been quite involved in my music, giving opinions. I basically called him up when I was working on the record and asked him what he thought of it. I recorded the phone call and that’s what he said. I just put it in there because I thought it was funny, there’s not too much more to it really. I don’t think it’s better than Geography. It’s just different, a different piece of music and a different time in my life.

JM: Is this the start of something more between you and Yussef?

TM: I think we’re going to keep working together Yussef and I, whether that’s him playing drums on my next record or me featuring on his. We actually did a lot more tracks than what’s on the album – probably like six or seven. It was a big experiment, we just got into the studio and saw what happened. There wasn’t much pressure on it either, it was just free and organic.

JM: Do you feel like you had pressure on Geography?

TM: Well I had a deadline. My manager basically sat me down and said that I had three months to make the album. I probably should have started it earlier to be fair. That album was a completely different way of working. I was by myself for that record churning it out – and it’s funny because it doesn’t sound like a record made by someone by themselves – it sounds very happy, doesn’t it?

JM: On my first listen of the new record I was really digging ‘Nightrider’, but then I heard ‘The Real’ one more time…am I getting a little Aretha Franklin sample there?

TM: That’s right man, it’s an Aretha Frankling sample. I had a day in the studio with Loyle Carner and I called Yussef in to record some drums for him, and then Loyle left the studio and Yussef and I stayed there and ended up recording like three tracks for the new album. It was a super productive day, and one of the tracks was the drums for ‘The Real’. I went home and chopped them up and sampled some Aretha, came together really nicely.

JM: You’ve already ticked off the likes of GoldLink & De La Soul, but you’ve also previously called out Q-Tip, Busta Rhymes, Snoop Dogg as dream collaborators. Are any looking like a reality in the near future?

TM: Oh man I’d love to. But as they get older they do a lot fewer collaborations and I feel like it’s a ticking clock. But I’m also not too devastated if I don’t work with them, because I like to work with new people, you know?

JM: I noticed you have a little bromance going on with John Mayer at the moment as well…

JM: Now my mate Sam and I spotted a Kaytranada collab on your Instagram stories a year or two ago and we’re wondering – when are we going to hear it? Are you going to give the boys what they want?

TM: So basically he sent me a batch of beats and I can’t remember what happened but I don’t think I ever got around to recording them. Then it was too late. But I’d still love to vocal a Kaytranada track man, I’m a big fan of him and his DJ sets.

JM: It’s been a colossal rise to success, to the point where I can’t walk into a bar, restaurant or elevator without hearing your tunes. Have you ever heard yourself playing in a bizarre location in some far-flung corner of the globe?

TM: I remember it happened in a ski resort maybe like four years ago. They started playing this remix, and it kinda left my mind and I was nodding along with it and I thought ‘this is quite nice, I’m into it’ and then I realised it was one of the first remixes I ever did. The really weird thing is when I walk into a cafe and a song of mine comes on and I think someone’s trying to freak me out or something. It feels like a bit of coincidence, it’s happened a few times, sometimes I’ll see someone in the shop giggling.

JM: Recently you teased a little musical scoring on social media – you were using some inspiration from one of my favourite musical composers, Olafur Arnalds – can you tell me more about that?

TM: I’d love to get into film scoring, and now since I’ve got quite a lot of free time I downloaded a string sample pack from Olafur that makes your notes on the keyboard basically sound like an orchestra. I’ve been messing around with that but it’s a whole new world. I’m a massive fan of Hans Zimmer and all the scores he’s done. I’d love to study it, I think it’s something I’d have to study a bit more before I really got into it.

JM: What would you say are your top three sexiest songs of all-time? You’d feature on quite a few baby-making playlists no doubt.

TM: [Laughs] ‘Movie’ I’d say is one of them. I reckon ‘Tidal Wave’ off this new album is also one, people are going to hear this one on the new album and really get around it…

JM: That Tiny Desk Version of ‘I Wish’ was reaaally groovy towards the end.

TM: Oh yeah man, that one’s pretty nice actually. I’m really happy with how that guitar solo came out. That was a cool experience to be a part of.

JM: Any plans for an Australian Tour?

TM: Man I really want to come to Australia because I’ve never been. Spend some time out there, play some shows. I will for sure, once all this blows over. But I’m not a massive tourer, I don’t like doing big tours to be honest.

JM: You’ve got some time now which is pretty rare, what’s on for the next few months?

TM: More filming scoring stuff, more quarantine sessions and then I guess the album is taking up the rest of it. I don’t want to be doing to much I want to give the album some space.

JM: What are you binging on Netflix right now?

TM: Tiger King, you can’t make that stuff up. It’s a crazy crazy thing. I also just watched a new Beatles documentary that was really interesting.

JM: When you’re finally allowed to go out for a pint with your mates – where are you gonna go, who with, and what drink are you going to order?

TM: I’ll probably go to Wetherspoons, which is a chain of cheap pubs in the UK – do you know it? I’d just be happy with a pint of Amstel and a few mates to be honest.

JM: Hopefully that day comes sooner rather than later. Thanks for joining us mate and we look forward to seeing you in Australia.

‘What Kinda Music’ by Tom Misch & Yussef Dayes is now available to stream.