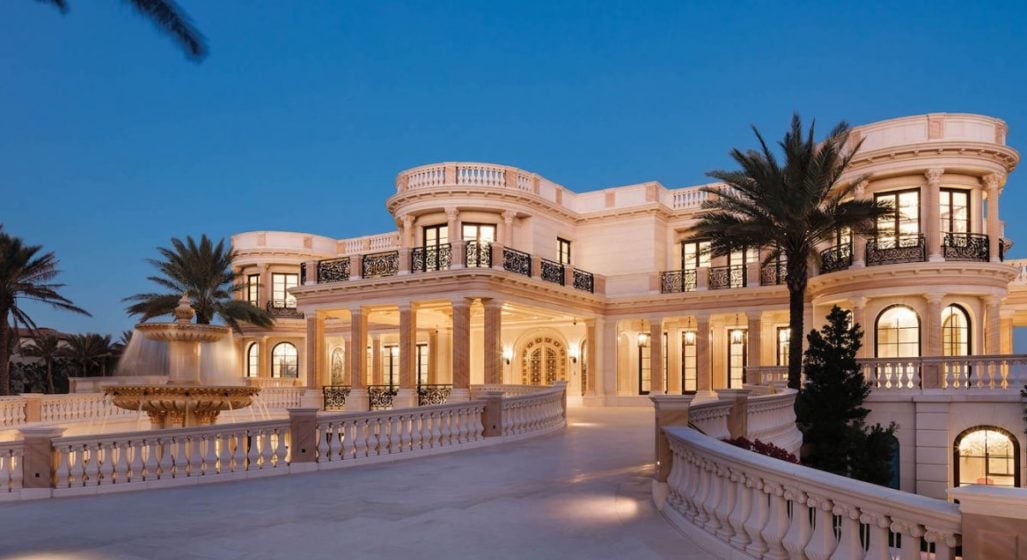 One of the most expensive homes to ever land on the U.S. property market sold back in November of last year for $60 million AUD million at auction.

Originally listed for a staggering $224 million AUD by Concierge Auctions, the 30,000-square-foot Franco-inspired chateau dubbed Playa Vista Isle is found in Florida’s Hillsboro Beach on the shores of the Atlantic ocean.

The 22-karat gold-clad residence boasts a number of quirky party tricks, including 150 metres of private beachfront, aquariums in the living room and a 3,300 bottle wine cellar protected by biometric security. Guests may also stumble upon the world’s first residential 3D IMAX theatre and a putting green by the pool.

Despite not banking the extra $162 million, the villa still set the record as the most expensive home ever sold. The bidding was a tug of war between 11 keen buyers, the victor being Oppornova LLC, a Delaware-based company linked with Andrew Mack, co-founder of tea company Teavana, which was snatched up by Starbucks in 2012.

The Florida Mansion With Its Own Private Race Track