Inside Headland House By Dovecote From Atelier Andy Carson 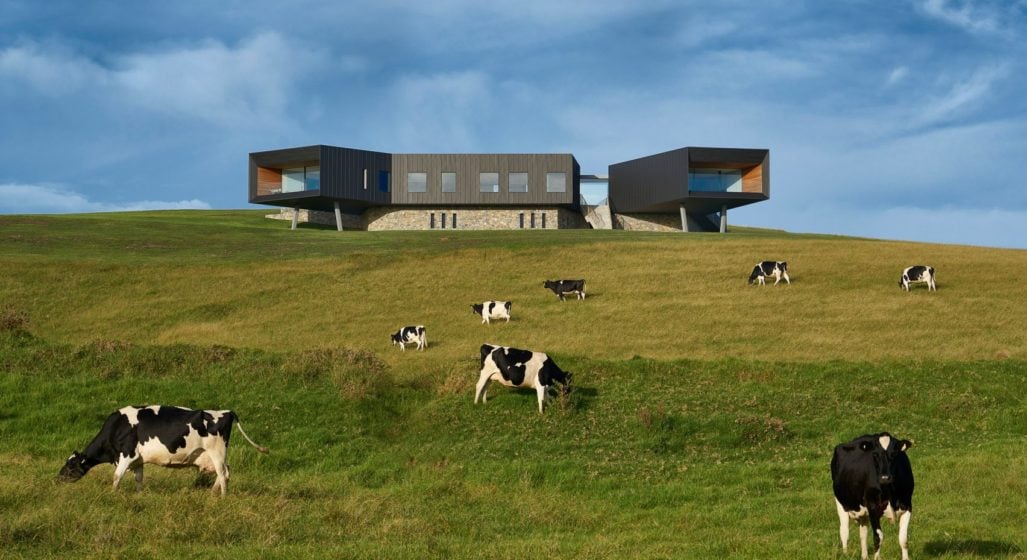 In 1994, the then prolific BT Funds Management lost their MVP in a bold move to set up his own fund. Thirteen years later, Kerr Neilson became an overnight multi-billionaire after floating Platinum Asset Management, amassing a fortune of almost $2.9 billion for his 58% stake on the first day of trading. Neilson steps down from his position as CEO of PAM in July and despite his net worth decreasing to a paltry $1.44 billion (Financial Review Rich List 2017) or somewhere in the vicinity of, he’s managed to foot the bill for one of the most awe-inspiring residential builds in the country, Gerringong’s Headland House by Dovecote from Atelier Andy Carson.

The house, built for Neilson’s daughter Beau and her husband, cannot be missed, cantilevered off a 150-acre headland site overlooking Werri Beach with 180-degree views of the ocean and NSW’s South Coast.

The building comprises of a group of metal-clad volumes that wrap around a protected courtyard containing a pool, a lawn and a patio area lining the two volumes containing the open-plan living area and bedrooms each with unique views. A covered outdoor passage connects the communal spaces with a separate four-bedroom block including a master suite accommodated in a second cantilevered volume.

A nearby two-bedroom guest residence completes Headland House by Dovecote is clad in corrugated black metal and features a dining area that aligns with expansive decks on either side to enjoy the free-flowing elements.

The Eastern boundary of the property is bordered by the final section of the Gerringong to Kiama Coast Walk, which is spectacular in itself. If you’re in the area, I highly suggest partaking in both the walk and viewing this incredible home. Or you can rent out the property for your next weekend away here.

While you’re at it, also check out palatial Gerringong holiday home ‘The Farm’.

Via Deezen. Photography is by Michael Nicholson.