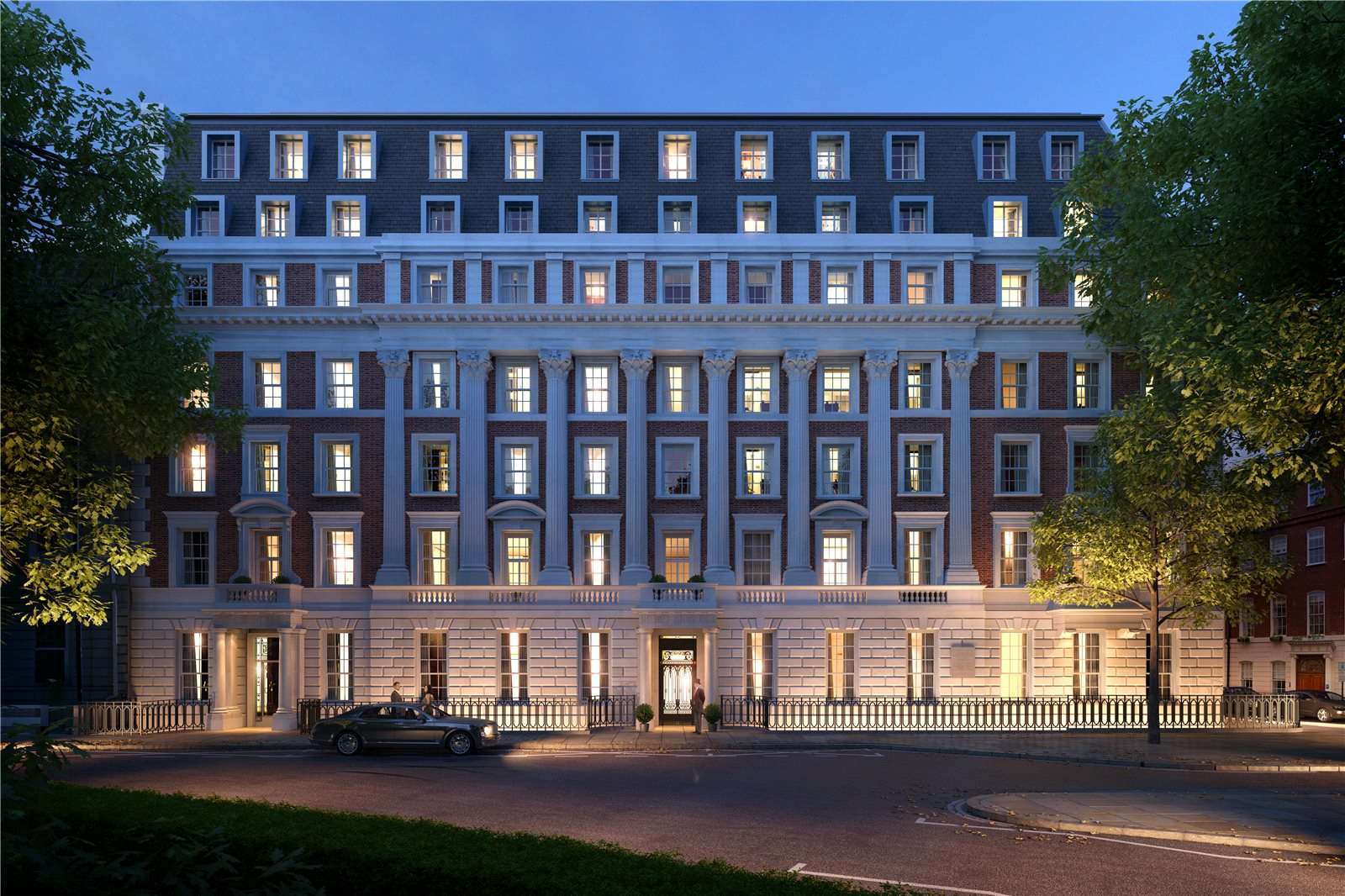 The soon-to-be-completed penthouse at No. 1 Grosvenor Square – one of London’s most desirable addresses – has just been purchased for £140 million (AU$252.7 million) by an unnamed party, according to project developer Lodha UK; representing the second most expensive deal of this year after the pre-COVID sale of a 20-bedroom Knightsbridge megamansion for £200 million (AU$361 million) to Hong Kong billionaire Cheung Chung-kiu.

And just in case you thought £140 million for a single penthouse was far too moderate, reports are indicating this unnamed buyer has also snapped up two additional lower floor apartments with the intention to combine all three units. The result? If all goes to plan – a sprawling 15,600-square foot home at the heart of London’s most expensive neighbourhood (median sale price in 2020: £27 million).

As the former US Embassy – and dwelling of British aristocracy since the 1700s prior to that – No. 1 Grosvenor Square obviously comes with a considerable amount of prestige and pedigree. Throughout the 1930s, a young John F. Kennedy called this very place home when his father Joseph P. Kennedy was appointed as the US Ambassador to the UK. It’s service to US-UK relations officially came to an end in 2013 after the embassy’s relocation to the London Chancery Building.

In place of foreign dignitaries, diplomats, and the like, this historic property will begin hosting a different kind of VIP starting from its December completion date. Carefully restored brick by brick with 44 luxury residences and an entire floor dedicated to lifestyle amenities – pool, private spa, treatment rooms, gym, lounge bar + billiards table, private library, private cinema, and even a performance venue – as one can imagine, this is where many aspire to end up. Despite the modern refresh, however, No. 1 Grosvenor Square will retain its own replica of the Oval Room in the main entrance as a nod to its past life.