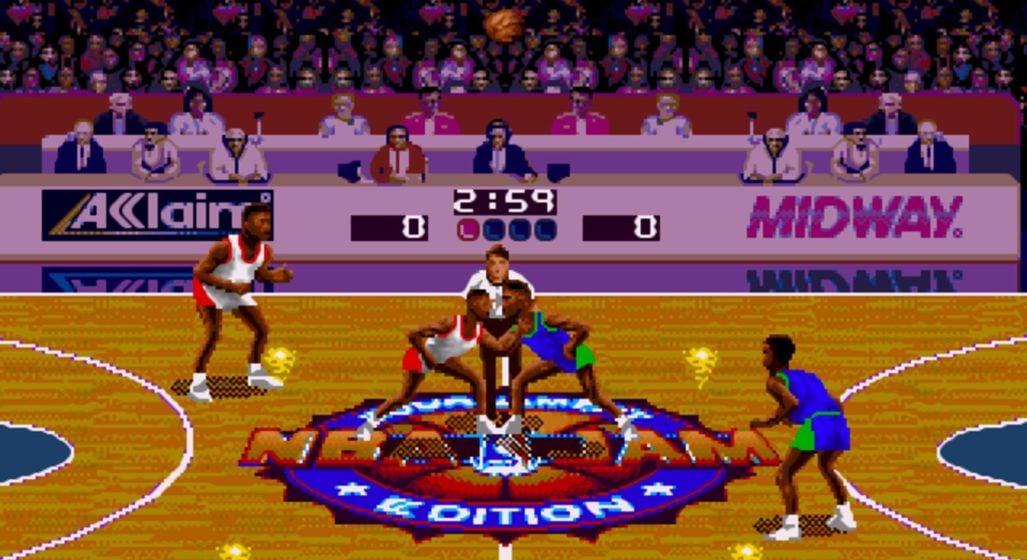 Right now, the closest thing NBA fans are getting to some hoop action is throwing paper into the bin and shouting “Kobe” (may he rest in piece). The usual alternative would be a pick-up game, which isn’t likely to happen given the new restriction. The solution? NBA video games.

Revisit a classic from the early PS2 and Xbox era. NBA Street is the perfect chance for you to test out your streetball instincts in the context of a video game.

Vol. 2 is particularly awesome, featuring a comprehensive roster of legends including three versions of Michael Jordan, Kobe Bryant, Larry Bird and Kevin Garnett – all pitted against each other in unconventional settings.

Throw some Mario Kart style power-ups into the mix alongside some proper whacky gameplay and you’ve got a winning combination on your hands.

This one is harder to cop and may require dusting off the OG systems, but it’s certainly worth a shot (what else are you going to do?).

This classic originally released to arcades and consoles in the 90s, quickly growing in popularity. With a 2-on-2 sidescroller setup, it was the perfect chance ultimate co-op play with various NBA teams.

With the updated version hitting consoles and smartphones just a couple years prior, the game has been brought into the modern era. Addictive, customisable, fun.

Cop it on iOS and Android.

In a similar vein to NBA Jam, but obviously more modern. Playgrounds is 2K’s take on the arcade classic with a mix of NBA street. Spanning across two titles, it also adds a FIFA-esque card collecting progression system.

2K nailed their formula all the way back in 2011. It covers everything from detailed seasons, all the way to simulated career experiences for your own player, and everything else in between. With a yearly update consistently guaranteed, you’re never far away from new features as well.

Cop 2K on all platforms here.