First-Person Shooters To Get You Hyped For ‘DOOM Eternal’ 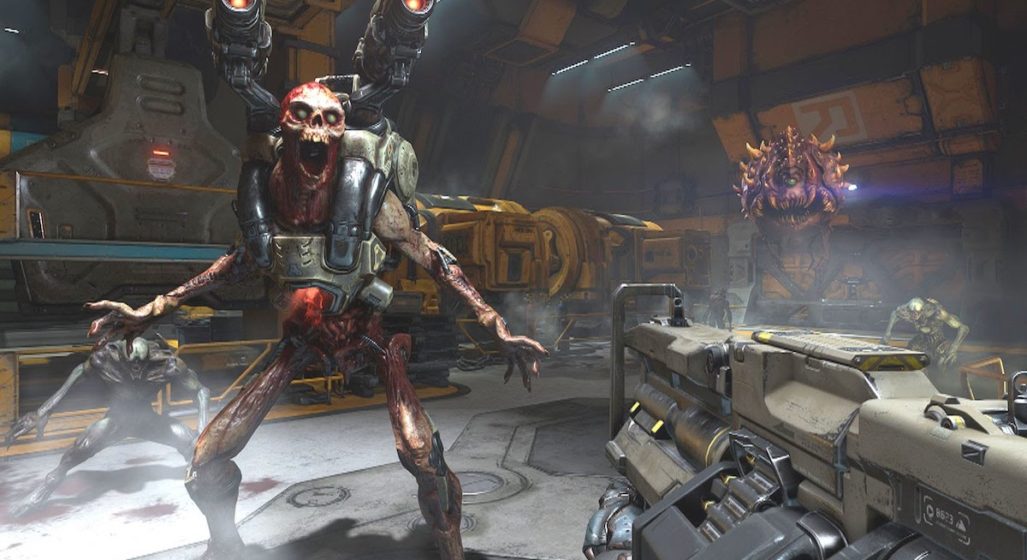 It’s been a rather quiet start to the year in regards to big gaming releases, but that’s all set to change in March when the first massive game of the year, DOOM Eternal, finally hits your consoles.

A direct sequel to the 2016 reboot, we picked it as one of the most hyped games of 2020 and can’t wait for its official release on March 20.

In the meantime, if you’re looking for something to fill the first-person shooter hole in your life, we’ve selected an assortment of similar awesome games to keep you occupied until DOOM hits the shelves.

A major influence on the DOOM series, Wolfenstein is one of the original first-person shooters. A single-player action-platformer in 1981, the World War II-based series evolved into a popular shooter, with 2017’s Wolfenstein II: The New Colossus being a recent highlight.

Set in an alternate universe where the Nazis won the war, The New Colossus is another blood splattering epic featuring protagonist William “B.J.” Blazkowicz taking on various modified Nazi soldiers as he tries to liberate America. A fantastic shooter with a well-written narrative and excellent gameplay, Colossus won Best Action Game at The Game Awards 2017, confirming its status as one of the best shooters of the decade.

One of the few video game sequels to live up to its tagline “bigger, badder, more badass”, Gears Of War 2 takes everything great about the first game and somehow manages to make it even better. The storyline is filled with interesting characters and surprising emotional depth, the action is next level (who can forget the ‘Riftworm’ level), and the introduction of Horde Mode as a multiplayer option topped things off. It’s the Aliens of video game sequels and remains the highpoint of the franchise.

Widely regarded as one of the best games in the franchise, Call Of Duty 4: Modern Warfare transported the action from World War II to modern times, pitting players against a radical terrorist group causing a ruckus around the globe. The modern setting and addition of an improved multiplayer mode helped the game become a smash hit worldwide. It’s arguably the best OG multiplayer experience in the series, with new weapons, diverse maps, and the flexibility to customise a host of options making it a great game to pass the time before DOOM Eternal takes over your life.

The third instalment in the Metro series – based on the post-apocalyptic novels by author Dmitry Glukhovsky – Metro Exodus is easily the standout, combining the action of a first-person shooter with survival and horror elements to create an enthralling experience. The introduction of an everchanging weather system that includes all four seasons, an improved crafting procedure, and the ability to interact with your environment during certain levels makes Exodus a must play.

For anyone not familiar with the series (or for fans who desperately want to kill some demons), get your hands on a copy of the original reboot to temper your homicidal urges. Reinventing the franchise, DOOM is a gory journey through hell with a challenging solo campaign, bigger and more destructive weapons, as well as an improved multiplayer mode. Inhibiting the spirit of the original while introducing new gameplay options and visceral visuals, DOOM is the best game in the franchise – at least until Eternal drops.

RELATED: What’s Next For The ‘Assassin’s Creed’ Franchise?