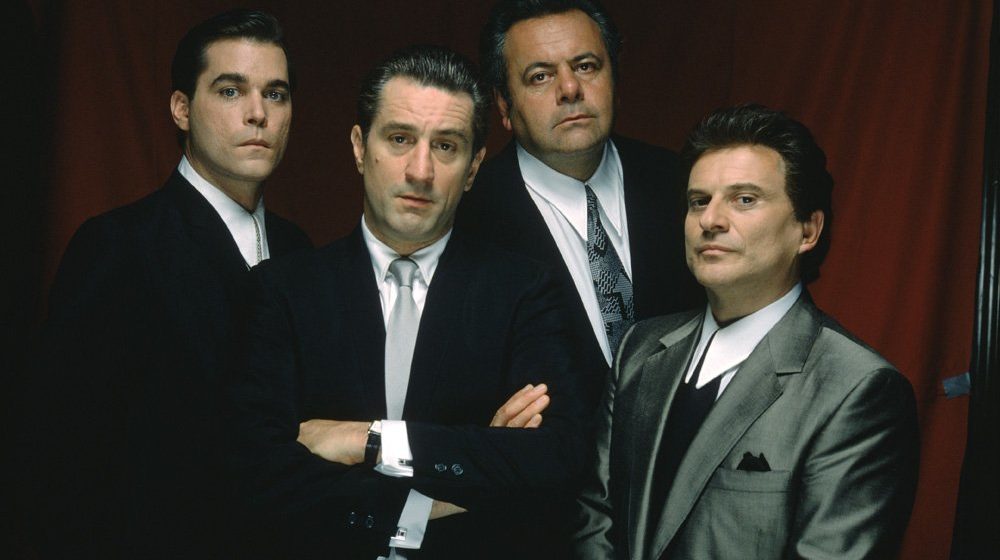 When Hollywood runs out of ideas, they turn to real life for inspiration. Over the decades of cinema there have been hundreds of films claiming to be based on “true events”, but only a handful of these actually capture the real-life story they are telling in a way that’s both as authentic as it is entertaining.

From the failed Apollo 13 space mission to a hedonistic stockbroker convicted of insider trading, here are our picks for the best movies inspired by true events.

Alongside The Godfather and Once Upon A Time In America, gangster flick Goodfellas ranks as one of the greatest mafia films of all time. Martin Scorsese nails the genre with this story about Henry Hill, a young kid who becomes part of the local Mob and turns to a life of crime stretching four decades before finally becoming an FBI informant.

Ray Liotta is mesmerising as Hill in a role that’s come to define him, while Robert De Niro and Joe Pesci offer great support as Hill’s close friends and Mafia associates. Every gangster film since owes a debt to Goodfellas, plus you’ll never listen to Eric Clapton’s “Layla” the same way again.

Fun fact: The film contains 43 different songs, roughly the equivalent of four albums worth of music.

Most people are aware of the failed Apollo 13 mission, but no film captures the tension and emotion of the event like this one. Despite knowing the outcome of those involved, director Ron Howard creates an edge of your seat atmosphere, helped by standout performances from Tom Hanks, Kevin Bacon, Gary Sinise, Ed Harris and the late Bill Paxton.

Winning two Academy Awards and grossing over US$355 million worldwide, Apollo 13 is an incredible true story that sticks close to the facts while delivering an entertaining film.

Fun fact: Brad Pitt turned down a role in this film to star in Seven.

Based on the book of the same name by journalist Mark Bowden, Black Hawk Down is the terrifying account of the Battle Of Mogadishu. All hell breaks loose when the US Army secretly invade the town of Mogadishu to capture a warlord and find themselves severely outnumbered and outgunned. 18 Americans died in the battle and 70-plus were injured during the battle, with Ridley Scott’s pulsating direction making it feel like you’re in the heat of the battle.

The cast is incredible and includes the likes of Josh Hartnett, Eric Bana, Tom Sizemore, William Fichtner, Ewan McGregor, Sam Shepherd, Tom Hardy and Kim Coates, while the action scenes are right up there as some of the best ever seen in a war film.

Leonardo DiCaprio always chooses interesting characters to portray and Frank Abagnale is one of the most fascinating. A conman who made millions committing cheque fraud while taking on fake identities of esteemed professionals (a pilot, a doctor and a prosecutor), Abagnale lives the high life while being hunted by Tom Hank’s FBI agent Carl Hanratty. A cat and mouse affair covering all corners of the globe, Catch Me If You Can is expertly directed by Steven Spielberg with the right mix of drama and comedy to keep even the most distracted viewer glued to the screen over its 140-minute runtime.

Fun fact: The real-life Frank Abagnale appears in the film as the French officer that arrests Frank on Christmas Eve, 1967.

At a time when musical biopics are all the rage yet extremely underwhelming (Bohemian Rhapsody, The Dirt) it’s worth remembering how good 2005’s Walk The Line is. Based on two autobiographies written by country singer Johnny Cash, the film is a solid snapshot of Cash’s career, from his early days up until he took the moniker of “Man In Black”.

Joaquin Phoenix nails his portrayal of Cash and even manages to recreate his singing voice, while Reese Witherspoon took home the Oscar for Best Supporting Actress for her role as Jude Carter. Focusing on Cash’s substance abuse and his fraught relationship with Jude, Walk The Line is the ultimate Johnny Cash story.

Fun fact: The scene where Phoenix pulls the sink out of the wall wasn’t scripted, with the actor going full method and ripping the sink off the wall because he was so in character.

Into The Wild is the tragic tale of Christopher McCandless, a young man who perished alone in the wilderness of Alaska. A bittersweet story about self-discovery and living off the land in a technology-obsessed world, this flick will have you tearing up by the end.

It’s hard to find a fault with this emotional drama, with Sean Penn on point behind the camera, Emile Hirsch incredible as McCandless in a performance he’s yet to better, and a terrific supporting cast including Vince Vaughn, William Hurt and Kristen Stewart. Special mention must also be made of the Eddie Vedder soundtrack that will stay with you long after the film ends.

This is the film that changed my mind about James Franco. Known more for his portrayal of Harry Osborne in the Spider-man franchise and a string of average films, 127 Hours focuses almost entirely on Franco’s mountain climber Aron Ralston and shows off the American actor’s true talents.

While hiking in Utah, things go bad for Ralston when he falls and gets trapped by a boulder in a deep cavern. Having failed to leave a note detailing his whereabouts and running low on food and water, Ralston is forced to amputate his arm to survive and escape his terrible predicament. Franco is incredible and showcases a range of emotions while director Danny Boyle makes you feel like you’re there with Ralston, even showing Ralston severing his arm at the elbow in all its gruesome glory.

Fun fact: Cillian Murphy, Shia LaBeouf and Sebastian Stan were all considered for the role of Ralston.

Brad Pitt stars as Oaklands Athletics baseball manager Billy Beane in this engaging drama from writer Aaron Sorkin (A Few Good Men, The Social Network) and Steven Zaillian (Schindler’s List, Gangs Of New York). Struggling to attract players and forced to work on a budget, Beane enlists the help of economics graduate Peter Brand (a brilliant Jonah Hill) to form the ultimate team of misfits. Together the two develop the theory known as sabermetrics, a system used to draft players for each position based on statistical evidence.

This is an enjoyable sports film concerned less about the players and more about the behind the scenes conflict, with Pitt, Hill and the late great Phillip Seymour Hoffman perfectly cast.

If The Hangover turned Bradley Cooper into a Hollywood heartthrob, then American Sniper proved the leading man could act. Cast as US Navy SEAL sniper Chris Kyle, Cooper’s performance is magnetic. Playing a career soldier haunted by the trauma he experienced while fighting in Iraq, Cooper brings pain and vulnerability to Kyle who finds it hard to adjust to life between tours.

Clint Eastwood masterfully directs this slow burner and brings the best out of Cooper, with the sombre ending a reminder to all how horrible the effects of war really are on those doing the fighting.

Fun fact: Bradley Cooper wore a pair of Chris Kyle’s shoes during the film and still wears them today.

The fifth collaboration between Scorsese and Leo helped cement the playboy actor as one of the greatest of our generation. A hedonistic tale of excess and the allure of power based upon the memoir of fraudulent stockbroker Jordan Belfort, The Wolf Of Wall Street is 180 minutes of sex, drugs and insider trading.

Leo is incredible as the shameless yet attractive Belfort, with Jonah Hill equally as impressive as his best friend and business partner Donnie Azoff, and Aussie Margot Robbie enthralling as Belfort’s wife Naomi Lapaglia. Special mention must be made of Matthew McConaughey’s performance as Belfort’s early mentor Mark Hanna, the epitome of the rich and entitled stereotypical stockbroker.

Fun fact: The film holds the Guinness World Record for the most swear words in one movie with 681 expletives (equal to 3.81 swears per minute).