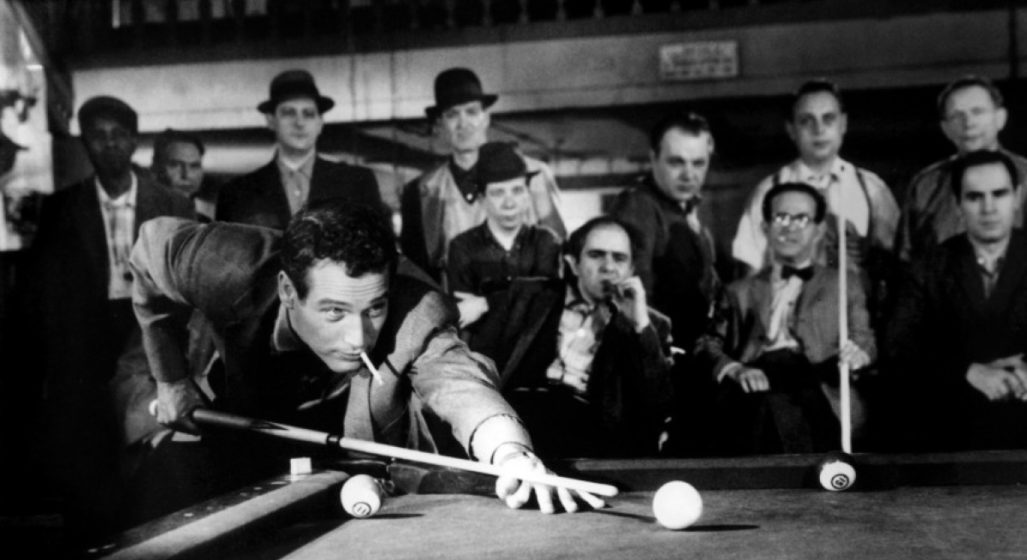 This is a list that subverts most of the more obvious picks. You know, the ones found in every other list. So your Godfathers (I & 11), Gladiators, Goodfellas, Saving Private Ryans; your Wall Streets, Fight Clubs, American Psychos, Pulp Fictions, Die Hards, etc. You won’t find those here. If there’s something you think that is missing, just assume it’s a given.

Adapted from hit Hong Kong action trilogy, Infernal Affairs, the standard for crime-thrillers was pretty much set with this Scorsese flick. An undercover cop in too deep and a double agent for a crime syndicate, who also happens to be nestled within the ranks of the very same police department, endures an intriguing game of cat-and-mouse. This is one film crammed with memorable scene after memorable scene.

Yet another essential viewing in the wheelhouse of the crime genre. A rookie detective is thrown into a world of corruption and gangland warfare by his less-than-moral superior officer. The gritty underbelly of LA’s underworld is unravelled within the span of a long, long first day.

The Coen brothers constantly prove to be masters of storytelling. This is no exception. After a retired veteran stumbles upon a whole lot of money at the scene of a drug deal gone awry, an unrelenting hitman is sent to recover the cash. What follows is an intense pursuit, and a bloody, bloody trail of chaos.

Something a little different from your usual crime film, and the point in which you can mark Robert Downey Jr.’s comeback (pre-Iron Man, of course). This gut-busting, laugh out loud, black comedy pairs a dummy of a small time crook with an openly gay private detective as they solve a Hollywood murder conspiracy. Neo-noir has never been funnier, nor has is ever shown the usual conventions of the genre getting slapped the shit out of.

The Life Aquatic With Steve Zissou (2004)

Something else to break up all the grim severity. The Life Aquatic With Steve Zissou is one of Wes Anderson’s seminal works, and quite the charming bit of cinema. A Jacque Cousteau-like figure is reunited with his long lost son, and proceed to embark on a sea expedition of a lifetime. Laughs and feels ensue.

While critically divisive, this historic epic of Ben Hur proportions will undoubtedly go down in history as one of the greats. Written by Game of Thrones co-creator and showrunner David Benioff (and based on Homer’s Iliad), the intertwining strings of fate here run deep and entertaining. Watching Brad Pitt as the legendary Achilles cut through legions of men like they were cake, and clashing head to head with Eric Bana as the equally famed Hector, is truly a sight to behold. The fall of a city has never looked to great.

Even before the Taken movies, Liam Neeson was no stranger to good old fashioned revenge on the big screen. Rob Roy tells the tale of a Scottish highland Chieftain who gets caught up in class politics. After his family is attacked directly, he seeks to settle all debts in the currency of blood. This film contains one of the best sword duels in the history of cinema.

There was a time where Asians were just the butt of the joke in movies. Arguably, we still are, but massive strides in identity politics were made by none other than Bruce Lee. Enter the Dragon was his magnum opus, and went on to inspire generations upon generations of artists. From Jackie Chan, to Gina Carano– even Wu Tang Clan. This island tournament is worthy of your time.

We watch action and sport films for, well, the action and sports. And while the first-class choreography of Warrior more than delivers, this is one action/sports film that matches the weight of their punches with the weight of their emotions. Warrior follows the path of two estranged brothers who happen to be competing in a MMA tournament. Each desperate for the prize money for equally noble reasons. Along the way, they must confront a troublesome family history, and perhaps even reconcile with a father figure. Powerhouse performances on the parts of Tom Hardy, Joel Edgerton, and Nick Nolte. I cannot recommend this one enough.

There’s an old west film that doesn’t get nearly as much props as it deserves. It’s easy to be overshadowed by the likes of The Good, The Bad, & The Ugly, A Fistful of Dollars, and Unforgiven (incidentally all Clint Eastwood works). Retired lawman, Wyatt Earp, joins his brothers in Tombstone, Arizona to settle down. But as we all know, things rarely pan out that way, as they meet head on with the local gangs. This story is based on true historical events. Bonus: Val Kilmer knocks it out of the park as the famed Doc Holliday, unparalleled gunslinger, gambler, and yes, dentist.

There’s a reason Paul Newman has been given GOAT status more than a few times. And this is old-school-cool flick is one of the reasons. A young pool hustler must learn humility and overcome his personal shortcomings when he challenges reigning champ, Minnesota Fats. I probably don’t have to tell you that drama is involved. Although not in this list, it’s also worth checking out Scorsese sequel, The Colour of Money.

This choice comes a bit left of field, so to speak. In comparison to the rest of the list anyways. A farmer starts hearing voices which tell him to build a baseball field. And as he does, the spirit of the 1919 Chicago White Sox appear. Have a box of tissues ready. Trust me.

Sport films usually puts the narrative of scrappy, underdog teams who triumph against all odds front and centre. Based on the Oakland Athletic’s 2002 season, Moneyball does mostly that, with a whole lot more heart, and some of Aaron Sorkin’s best dialogue since The West Wing.

Sales jobs have never been glamorous. And no film respects that sentiment better than Glengarry Glen Ross. A character driven story surrounding the pressures of making quotas and what people will do to feel like they have accomplished something is what you are in for here. Plus, there’s the iconic Alec Baldwin scene every aspiring hustler should see.

The remake of the classic Sinatra led flick still reigns king as the heist film. And the magic, well lets just say it still has not been recaptured. Not for a lack of trying either. The Now You See Me series embarrassingly stumbled after it. As did countless others. Hell, even the Ocean’s series itself tried with 12 and 13. No dice. Veteran con men unites a team of specialists to pull off an unprecedented Las Vegas job. The intricate layers and detailing, not to mention the tongue in cheek tone, makes for something that just has to be seen for yourself.

This is one I have mentioned in a previous list. Adapted from the novel of the same name penned by Nick Hornby (About A Boy, Slam), it follows a dropout, record store owner who goes through his “top five” breakups, along with other “top five” music lists. What makes this a standout selection is how accurate the portrayal of both music fandom and heartbreak is. (Note: the trailer doesn’t do it justice.)

Another old-school-cool flick. Of all the gin joints in the world, it happens here in Morocco in the backdrop of World War II. US ex-pat and owner of a nightclub/gambling den is sent for a spin when a former lover comes around, bringing the French resistance with her. Conflict runs high when German officials begin breathing down his neck.

Do not mistake this for a romance film. Witness the breakdown of two people who stick it out due to shitty circumstances. This is a film that fast-tracked Michelle Williams and Ryan Gosling’s careers from mild success to worldwide phenomenons.

Michael Fassbender is one of the fortunate few working actors that has been able to tightly curate what he appears in at no loss. The result? He brings life to extraordinary films like Shame. Directed by longtime collaborator and talent behind 12 Years A Slave, Fassbender plays a sex addict struggling not to unravel before the very people he cares about. Fair warning, best not to watch this one with family.

As you may have gathered, the theme for the final three entrants of this list is deterioration and break down. How better to cap it off than with a career highlight performance from Nicholas Cage, like in Leaving Las Vegas. A suicidal alcoholic plans on tying up all loose ends and exiting this mortal plane in, you guessed it, Las Vegas. Accompanying him is a prostitute who he forms an unlikely relationship with, and can do nothing but watch him slowly kill himself. Brutal, but worth a viewing.