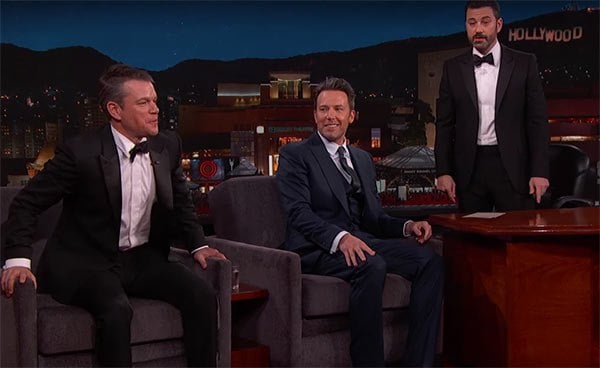 In case you’ve been living under a rock for the past decade, Matt Damon and Jimmy Kimmel have been at the centre of one of the longest running feuds in Hollywood history, all stemming from Kimmel refusing to give Damon airtime, regularly finishing his shows with “apologies to Matt Damon but we ran out of time.”

and escalated even further when Kimmel did this…

Now, on the post-Oscar episode of Jimmy Kimmel Live!, Kimmel was greeted by a rather large Ben Affleck, only for his arch rival Damon to pop out from under Affleck’s overcoat. Enjoy the hilarious clip above.