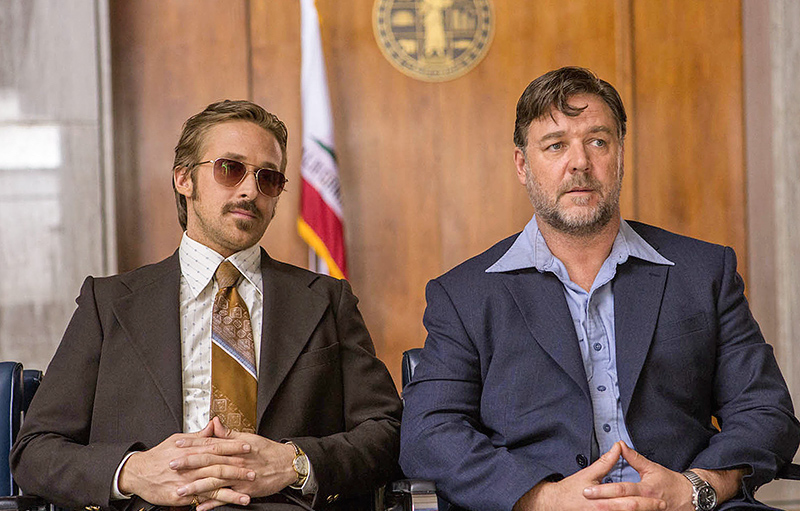 The Nice Guys trailer promotes Shane Black as director of Iron Man 3 – as if that is some form of trophy to hang your hat on. Well, let us tell you Shane Black is so much more than a cog in the Marvel machine. He is the man who turned the unlikely duo of Mel Gibson and Danny Glover into two of the greatest on screen buddies. We speak of course about Lethal Weapon, films Mr Black both wrote before stepping into the director’s chair with the critically acclaimed Kiss Kiss Bang Bang (he also wrote it).

Now he is back playing up the tough guy persona of Russell Crowe against the sensitive Ryan Gosling. This wacky trailer looks to have Black’s classic mix of quirky humour and bloody violence. The film is set amongst a 70’s backdrop and sees Gosling’s P.I. team up with Crowe’s stand over man.

Kim Basinger also features making a nice throwback to the film noir cinema Black is somewhat sending, as she also appeared with Crowe in the wonderful LA Confidential. The Nice Guys aren’t slated to appear until next year, so for now enjoy this tasty snippet.