The production of the ‘final’ (well that’s definitely bullshit) chapter of the Pirates of the Caribbean franchise was plagued with setbacks.

It struggled to get a green light from the studio after troubles with the script, the lead actor forced a stop to production after suffering a hand injury, and not to mention Johnny Depp’s two dogs were almost euthanised by the Australian government.

The bar wasn’t set too high, then, for the next instalment of a series that arguably should have finished when Kiera Knightley & co. jumped ship.

Just when you thought the series was condemned to the depths, Spanish extraordinaire Javier Bardem, best known for his noteworthy performances in No Country For Old Men and Skyfall, might have just saved the day. Presumably you need his kind of credibility when you’ve also got flying ghost sharks in the same film.

Pirates of the Caribbean: Dead Men Tell No Tales is released in Australia on May 26.

Watch the full-length trailer above. 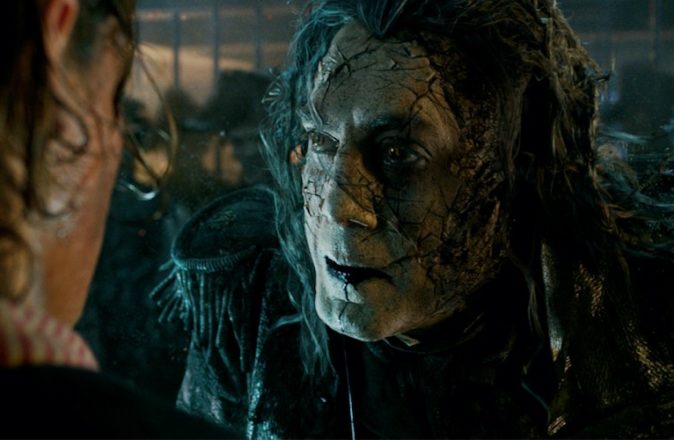