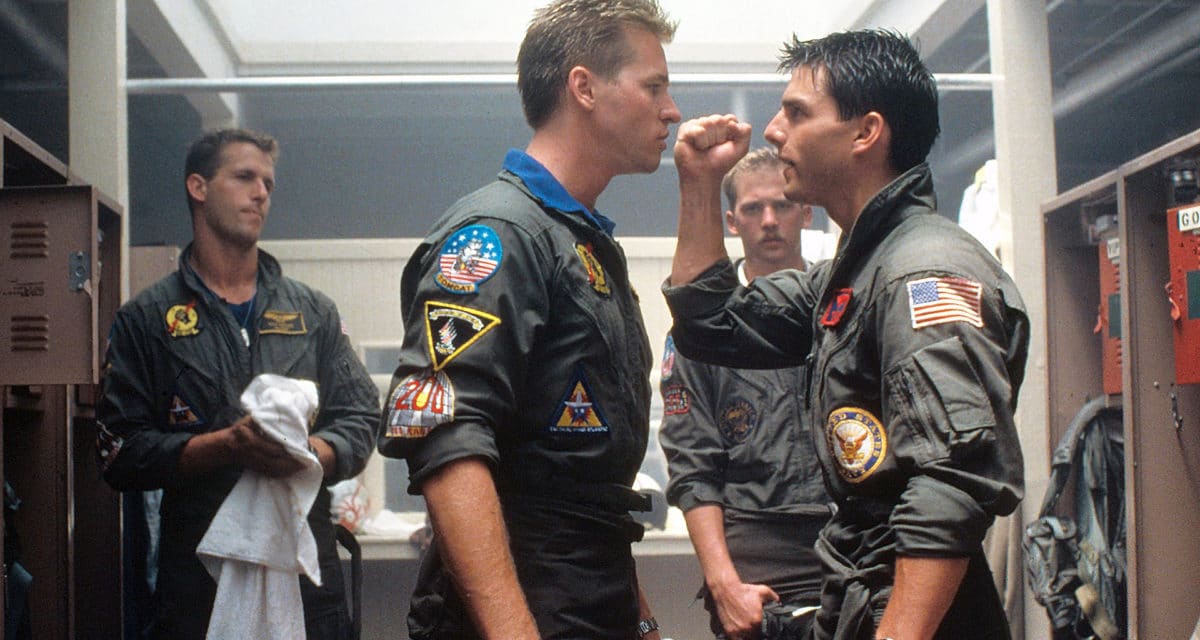 It’s almost impossible to imagine a timeline where Val Kilmer didn’t portray Tom “Iceman” Kazansky opposite Tom Cruise’s Peter “Maverick” Mitchell in the Tony Scott directed Top Gun (1986). If you were to pluck anyone off the streets and ask them to list Kilmer’s best known roles, Iceman would arguably rank as his most iconic – right above Jim Morrison in The Doors, Doc Holliday in Tombstone, Simon Templar in The Saint, Chris Shiherlis in Heat, and dare I say it, Bruce Wayne / The Dark Knight in Batman Forever. But as it so happens, when the opportunity to sign on for Top Gun presented itself, Val Kilmer did just about everything within his power to avoid it entirely.

“Believe it or not, I didn’t want to do Top Gun at first,” Val Kilmer explains in the newly-released documentary, Val; narrated on his behalf by son Jack Kilmer due to having survived throat cancer, now living with a stoma (hole in throat used for breathing and speaking).

“I thought the script was silly and I disliked warmongering in films. But I was under contract with the studio, so I didn’t really have a choice.”

“I didn’t want the part. I didn’t care about the film. The story didn’t interest me,” Kilmer elaborates in his memoir published last year, I’m Your Huckleberry.

“My agent – who also represented Tom Cruise – basically tortured me into at least meeting Tony Scott saying he was one of the hottest directors in town. I read the lines indifferently and yet, amazingly, I was told I had the part. I felt more deflated than inflated.”

Thankfully, his stance would soon change when cameras began rolling, eventually turning in a performance which was the opposite of “phoning it in.” So much so that Val Kilmer and Tom Cruise apparently introduced a touch of method acting, dividing the production into “two distinct camps.”

“I would purposely play up the rivalry between Tom’s character and mine off screen as well,” Kilmer recalls.

“And what ended up happening is the actors, in true method fashion, split into two distinct camps. You had Maverick and Goose on one side; Slider, Hollywood, Wolfman, and me – Iceman – on the other.”

And as a touching epilogue to this entire saga, the man has revealed his enthusiasm for all things Top Gun hasn’t mellowed at the age of 61. When no one approached him about the upcoming sequel Top Gun: Maverick, he took it upon himself to re-audition for the part of Iceman.

Top Gun marked Val Kilmer’s third onscreen appearance after the far goofier Top Secret! and Real Genius. Not only would it elevate the budding young actor into the status of Hollywood fixture for decades, but also generate over US$357 million of global box office revenue against a relatively meagre US$15 million budget, redefine the cultural landscape in a way which resonates to this very day, as well as providing every bloke with another classic film to bond over (homoerotic flair and all). 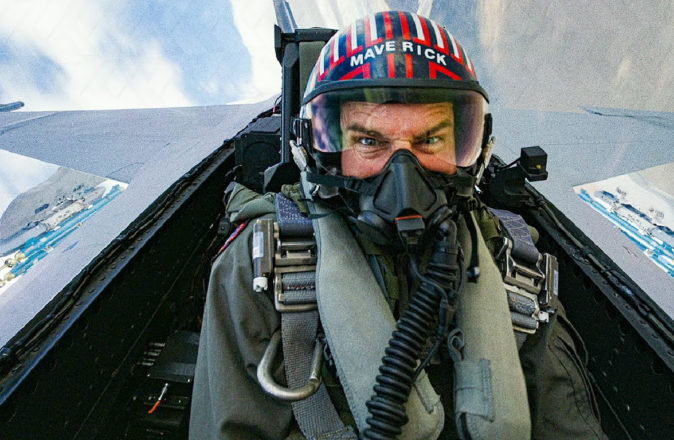