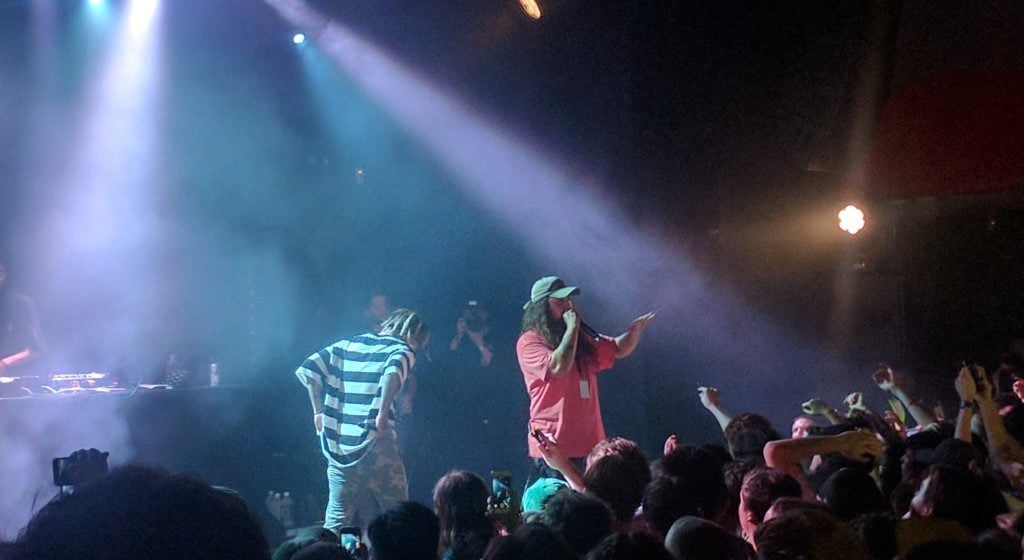 The definition of hip-hop is constantly evolving, seeing iterations upon iterations of its form. Gone are the days of the conventional. Names like Kendrick and J Cole may typify the genre, but they barely scratch the surface. A new breed of artists with a diverse collection of backgrounds, influences, and styles are now emerging. And so we come to the question– it was only inevitable. What happens when the suburban grit of punk meets the urban soundscape of hip-hop? With a dash of fatalism, and a haze of smoke, you get New Orleans duo $uicideboy$.

For context, $uicideboy$, comprised of Ruby and $crim, have been on the rise to prominence in the past few years, receiving an extraordinary amount of attention, nearing cult-like levels, over the last year. Their music is dark and abrasive, pushing the limits with transgressive lyricism, and challenging the sensibilities of the listener. Their aesthetic is a nod to the by-gone era of punk and metal scenes in the 2000s. And their style, the unholy lovechild of screamo and gangster rap. On May 5th 2017, they took to the stage at Manning Bar, Camperdown, as the world beared witness to artists immortalizing themselves in a uniquely hybrid performance. The crowd was rabid, more acolytes than fans. This was our sermon, and we intended to revel in its glory.

Every sample and hint of the next track evoked a dangerously violent response. The crowd itself was a sight to behold. The word eclectic comes to mind. Some were archetypal emos, grown out hair and death inspired sartorial choices. Others walked among the hypebeast variety, advertising extravagant articles of BAPE and Off-White. It comes to no surprise that circle pits were quickly formed before the main event even begun. The testosterone and adrenaline was palpable, every second a potential opportunity to take a stray limb to the face with the force of a thousand suns. This festive corner of the University of Sydney, a drinking hole from 9-5, had become so much more than a gritty mosh. It was a place to prove your worth as a man, like the Colosseum to gladiators.

The lights became focused. Supporting DJ and hype man made the announcement. Were we ready? You fucking bet we were. The room erupted into primal roars that would not show any signs of wavering until long after the forty-five minute set was over. $uicideboy$ are famed for their innate talent to build up songs through layered vocals and staggered instrumentals, cut in with melodic samples here and there, until it all climaxes to a satisfying peak. Every drop of the bass would hit the room with the fury of a charging army, and to see the guys jumping onstage, matching the crowd in their ferocity beat for beat, was nothing short of tremendous.

When their better-known songs like ‘Paris’ and ‘South Side Suicide’ were played, the performance would hit new levels of hype, slapping you in the face as if a rude awakening– a call to action. Even the most stoic of security guards couldn’t help but bob their heads along. This would be met with pleasant contrast from some more low key tracks, vocals from Ruby providing a staggering amount of raw emotion.

This is where the punk in it all truly emerged. A crowd full of nervous youth, wholly captivated by the cutting vocals thrown into a melting pot of intense hip-hop. When people wonder where the punk scene has gone, it’s probably best to look for your local suburban rapper, and see what they’re doing. Hip-hop has become the forefront of that emotional rebellion. A place for the disenfranchised to find themselves, and take it as an outlet for expression. That night marked the international debut of $uicideboy$, and as mind-blowing as it was, something tells us that this is just a minor preview of things to come. 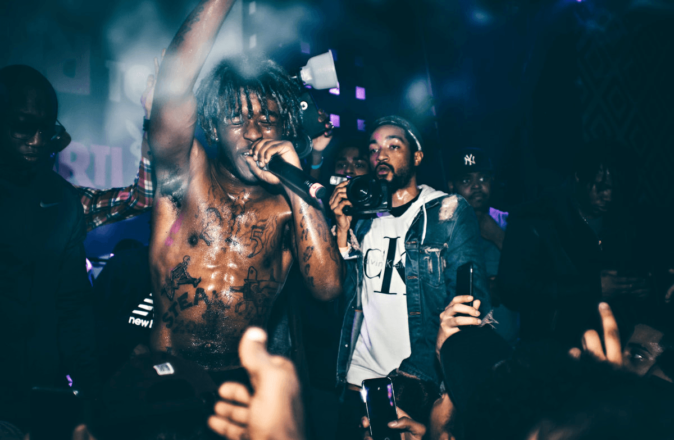