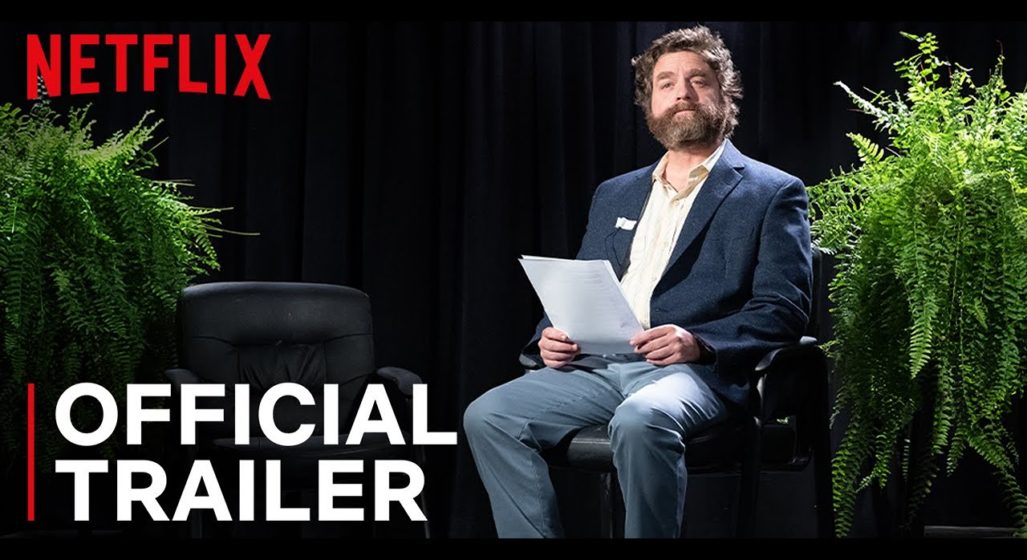 Funnyman Zach Galifianakis is bringing his satirical internet talk show Between Two Ferns to the masses with the help of Netflix later this month.

Galifianakis plays a snarky version of himself who hosts a talk show on public access television. After almost killing his latest guest, Matthew McConaughey, Galifianakis is forced to save the reputation of his show by embarking on a cross-country road trip to interview ten high profile guests at the behest of his boss, played by Will Ferrell.

The film looks like a ridiculous version of the original series that first aired on Funny Or Die over a decade ago. The trailer showcases interviews with the likes of Benedict Cumberbatch (aka Benefit Lumberjacks), Brie Larson,  David Letterman and John Hamm, but that’s just the tip of the iceberg in terms of celebrity cameos.

Between Two Ferns: The Movie is set to be released on Netflix on September 20th. Until then, check out one of the best episodes below involving Jerry Seinfeld, Cardi B and an unexpected guest.