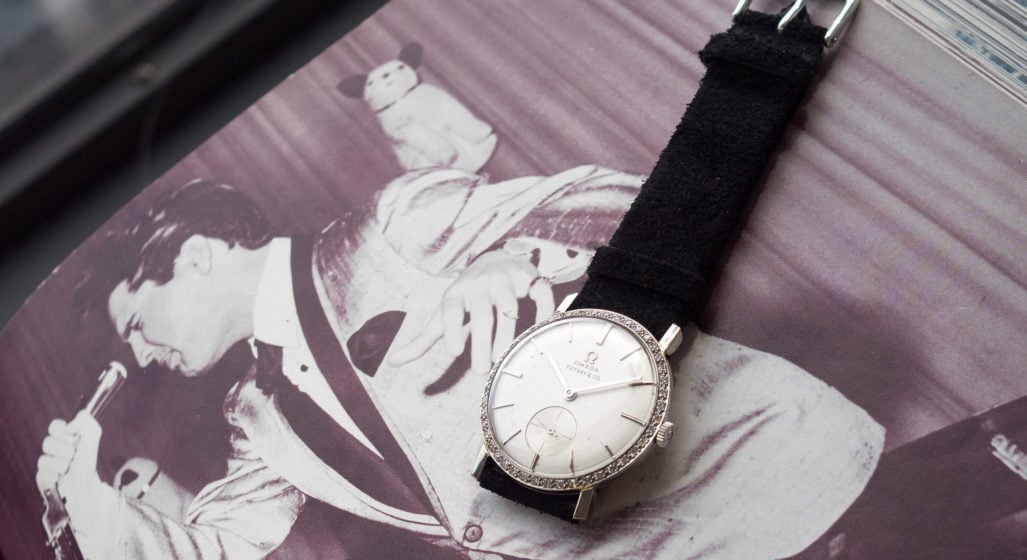 May seems to be the month of extortionate European auctions, with Sotheby, Bonhams and most recently Phillips selling some truly one-off products from whiskies to supercars and now watches.

Fetching a staggering 1.5 million CHF (nearly $2 million AUD), the former OMEGA timepiece owned by one of the world’s most celebrated and successful performers, Elvis Presley, sold at the Geneva Watch Auction ‘Seven’ over the weekend.

The watch, an 18 carat white gold timepiece, was presented to Presley by RCA Records in 1961 at a charity luncheon and concert to celebrate the 75 million records he sold worldwide. It has been quoted as “the most historically significant Elvis Presley watch to ever appear on the market.”

The 33mm manually-wound watch houses a calibre 510 movement behind a silvered ivory dial, enclosed by 44 brilliant cut diamonds on the bezel. On the caseback, the words “To Elvis, 75 Million Records, RCA Victor, 12-25-60” can be found.

Surprisingly, the new owner was actually the OMEGA Museum in Biel/Bienne, who sought to incorporate the watch into their comprehensive collection, but did so for a world record figure, thus making this one-off piece the most expensive OMEGA ever purchased.

The watch’s authenticity was supported by photos of the performer wearing the timepiece, along with a certificate from Jimmy Velvet, the CEO of the Elvis Presley Museum.

While this will undoubtedly be the most prized OMEGA owned by the man himself, Presley was also documented wearing a Seamaster during his time in the US Army.