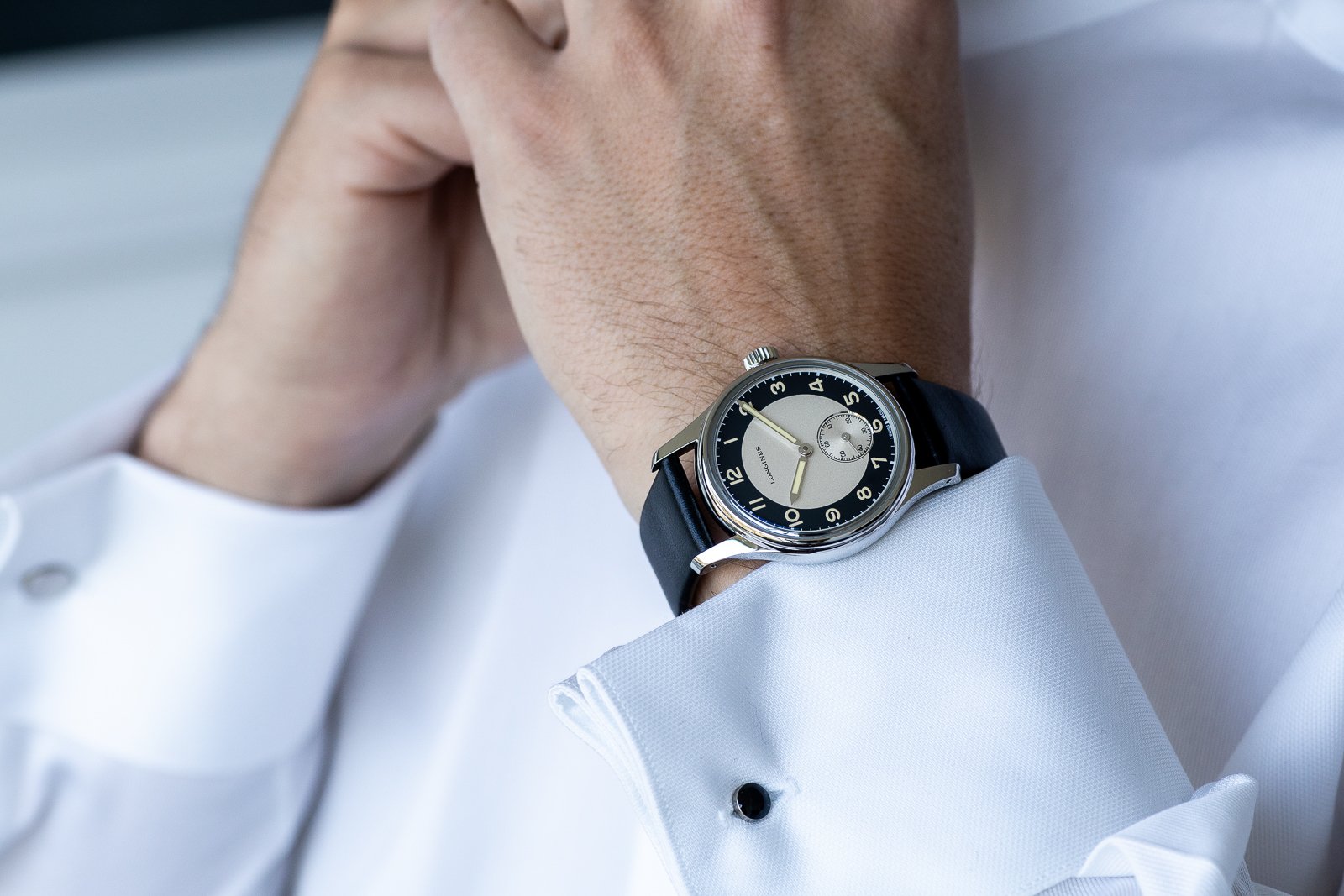 Longines has been unstoppable in 2020, launching the HydroConquest in Green, the new Spirit Collection and three new editions in their much-revered Heritage Collection, each building on the praise of the last and rising to a fabulous crescendo with the Longines Heritage Classic Tuxedo watches.

Inspired by the carefree attitude of the 1940s, these two elegant, art deco themed creations continue Longines impressive run of heritage releases, offered in either a dressy three-hander or distinguished chronograph, sized for the modern wrist.

Be it shoes, tyres or watches, two-toned everything made a splash during the 40s (stretching into the 50s) and both the Heritage Classic Tuxedo releases couldn’t be more true to the 1940’s models they replicate. As for Longines’s own association with affluent partygoers at Jazz clubs, I can’t confirm, however, both watches convey a sense of history and flamboyance, reminiscent of a postwar dandy ruled era.

For many enthusiasts familiar with three handers from the aforementioned period, it’s likely their first association with the new Heritage Classic Tuxedo Ref. L2.330.4.93.0 will be war-related. Outside of its contrast opaline silver and matte black dial – recalling the white shirt worn under the tuxedo or dinner jacket as Australian’s refer to it – the watch could very easily be a military piece, featuring classic Super-LumiNova coated Arabic numerals and sword hands, sub-seconds and rounded bezel with large crown – popular for military personal wearing gloves.

Personally, I believe the military cues bolster its appeal, suggesting a story of a war hero returning home, sprucing up and sweeping his wife off her feet for a night of drinks and dancing.

The reissue arrives in a 38.5mm case – far more wearable than the 35mm watch it replicates – and houses a new automatic calibre L893.5, equipped with a silicon hairspring and a power reserve of 64 hours. Securing the watch to the wrist is a supple leather strap with a polished buckle, with no visible stitching, completing a refined aesthetic.

A step up in both price and provenance, the Heritage Classic Chronograph Ref. L2.830.4.93.0 may appear an interesting choice for a collection themed around formal dress and lavish nightlife, however, it’s important to note the significance of the chronograph function for the brand. Longines developed the first high-end chronograph for the wristwatch in 1913 and the legendary 13.33Z and 13.ZN movement (produced in house) that followed was, and still are, considered connoisseur’s pieces. Thus sporting one at any soiree suggested you were a man of taste.

While the 2020 release doesn’t share the same hand-wound 13.ZN calibre or 39mm case, it’s otherwise honest to the original, albeit with enhanced wearability from the new automatic calibre L895 movement in 40mm case, silicon balance spring and 54-hour power reserve. Matte black, opaline silver and midnight blue hands fuse effortlessly, with additional detail given to the stepped chronograph subdials, with the 30-minute counter at 9 o’clock displayed via an arrow hand and the small seconds via a baton hand. Finally, the blue tachymetre scale is displayed on the outer disc, used to determine the average speed of your XK120 Roadster.

The handsome chronograph is paired with a black leather strap with contrast white stitching and wears superbly on the wrist, although the case height may pose a challenge for men who prefer tighter shirt cuffs.

This article is proudly presented in partnership with Longines. Thank you for supporting the brands who support Boss Hunting.

There’s A Bonkers 40% Off Longines Sale Happening This Friday