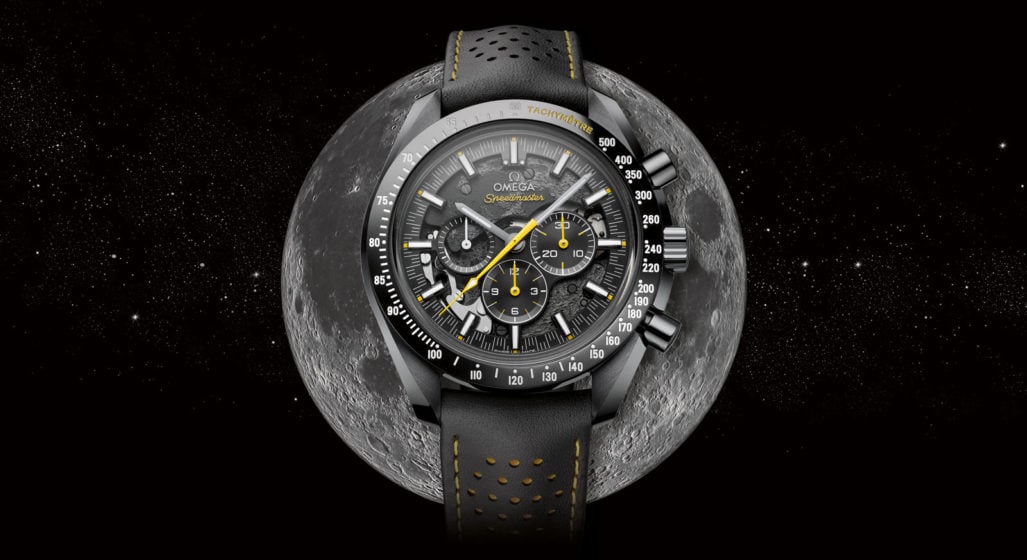 Seamaster, Speedmaster – Spacemaster? Unfortunately not, though that would be the icing on the cake for an already super special edition Omega that has just launched at Baselworld 2018.

In 1968, the Apollo 8 crew became the first humans to ever venture to the dark side of the moon. They orbited 10 times in 20 hours, a massive achievement that has now been commemorated half a century on with this Speedmaster chronography

This incredibly intricate and impressive design boasts a striking two-tone colourway, featuring a dominant charcoal black accented by a varnished yellow. A murdered-out skeletonised dial reveals the watch’s movement inside which has been laser-ablated to produce realistic imagery of the lunar surface.

The transparent caseback is encompassed by the final words Jim Lovell radioed to mission control before travelling into the darkness, “WE’LL SEE YOU ON THE OTHER SIDE.”

The Speedmaster Apollo 8 edition is available in stores this August, stay tuned for more from Baselworld 2018 in the coming days.