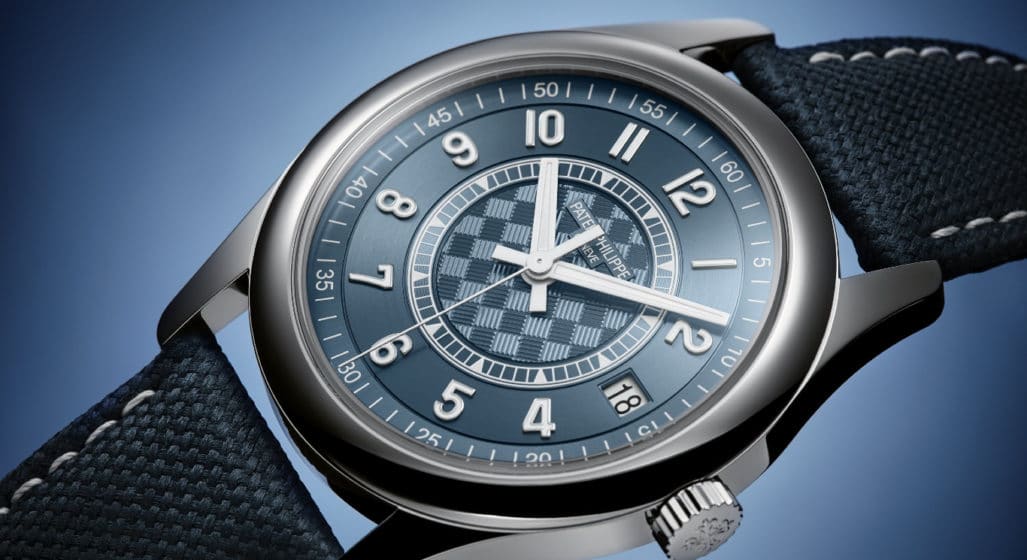 You would be forgiven for thinking that brands like Patek Philippe are past the point of making mistakes. They seem to be in this rarified air of watchmaking where everything they release is met with applause (e.g. the Ref. 5524 was considered controversial when it came out, but now very much accepted and even sought after). I don’t think many of us would be truly offended by the idea of Patek breaking the mould a little bit, either – making something unlike anything they’ve done before. But deary, deary me… they just shit the bed.

The Patek Philippe Calatrava 6007A “New Manufacture 2019” is not outrageously ugly, nor is it an awful colour. It is, however, tremendously dull and uninspired. If there’s one thing I expect Patek Philippe to nail every single time, it’s a 40mm dress watch. This is their bread and butter – although in this case, it’s more like their stale tortilla and margarine.

Let’s break this watch down quickly. You have a navy perlon strap that looks like it would cost $30 online. You have the dial of a JLC Memovox Boutique Edition, with the added charm of an embossed carbon pattern-cum-diamond plate in the middle (I like my watches to look like the back of a chippy’s ute); which is meant to replicate the floor of the new manufacture. This dial concept probably should’ve been left on the very cutting room floor that inspired it, ironically enough. To top it all off, they have the ego to preface the steel case as “a rare material at Patek Philippe”.

It’s literally a Memovox only much, much worse. Surely Patek knows enough about their competitors to understand just how close they’ve come to JLC on this. So is this derivative? Or is it simply that they think having “Patek Philippe” on the dial instantly makes it better and justifies the $40,000 price tag?

As I said before, I expect Patek to nail this type of thing with their eyes closed – so how they’ve gotten it so catastrophically wrong is totally beyond me. Thank God they’re only producing 1,000 of these monstrosities…

Find out more about the Patek Philippe Calatrava 6007A over at patek.com.