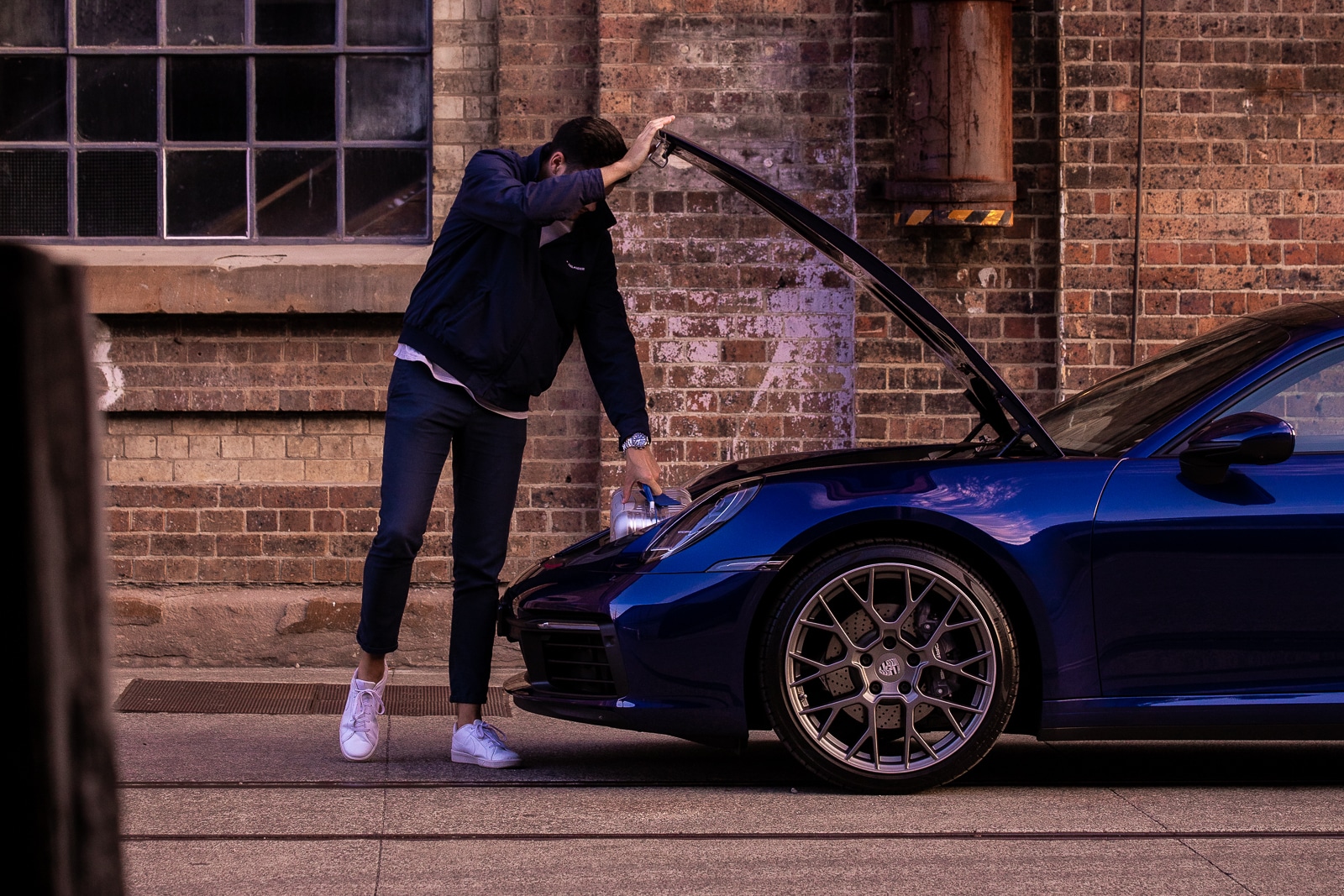 To mark its 160th anniversary, TAG Heuer saw 2020 as an opportunity to relaunch its emblematic Carrera collection. Inspired by the golden era of endurance racing, the Carrera is perhaps the watchmaker’s most collected and revered release – conceptualised and designed by Jack Heuer himself – symbolising the brand’s deep roots with motorsports.

The coincidental birth of two ‘Carreras’

If you’ve ever wondered why two of the world’s most celebrated brands shared the same ‘Carrera’ heritage, you’re not alone.

The answer lies in the barren deserts of Mexico during a five-year stint beginning in 1950. La Carrera PanAmericana, as it came to be known, was a border-to-border sports car racing event on the country’s open roads, similar to the widely-renowned Targa Florio in Italy. At the time, it was also considered one of, if not, the most dangerous road races on the planet.

A few years after a Porsche 550 Spyder won the PanAmericana’s Small Sports Car category in 1953, a young Jack Heuer had become captivated by the event during a chance encounter with the legendary Rodriguez brothers, Ricardo and Pedro, who spoke of their home country’s glory days.

And just like that, both Porsche and Mr Heuer took a liking to the evocative name, with the latter releasing the original racing chronograph in 1963, almost at exactly the same time Porsche acquired the rights to use it as the namesake for its new sports car.

The rest, as they say, is history. The TAG Heuer Carrera has offered watch enthusiasts 57 years of versatility ever since, while ‘Carrera’ has become synonymous with Porsche’s most famous model line, the 911.

The 2020 revival of the TAG Heuer Carrera Chrono

For these examples, TAG Heuer has opted for a rather prominent printing of the word ‘Carrera’, similar to the heavy ink and legible detail seen on the vintage models. Both models feature the chronograph hours and minutes at nine o’clock and three o’clock, with the running seconds at six o’clock.

The 2020 Carrera Chronograph Sport, released in July of this year, clocks in at 44mm across the dial with a vivid ceramic tachymeter bezel. This striking sports watch is available in four variants, three steel models offered with a blue, black or green dial – the later with a utilitarian steel bezel as opposed to ceramic. All three mated to a steel H-shaped link bracelet for an inherently sportier look.

The fourth option swaps out the bracelet for a black leather alligator strap paired with a black ceramic bezel and black dial with an 18-karat 5N gold crown, pushers and gold-plated details. All four models are water-resistant up to 100 meters.

September 2020 saw the release of yet another TAG Heuer Carrera Chronograph, this time a more redacted and dressier timepiece, yet still sporting the high-performance efficiency of the same in-house automatic Heuer 02 Calibre movement.

The absence of a bezel makes this mid-ground chronograph a little sleeker than the aforementioned ‘Sport’, shaving 2mm off the case for a diameter of 42mm across. The slimmer case also makes for a more streamlined wearing experience sliding under a shirt cuff, thanks to its 14.4mm depth.

With the absence of a bezel, it’s the elegant dial and indices that attract the eye, offered in a dark blue or black dial on steel or sunray-brushed grey or silver with rose gold plated accents – both on leather. Interestingly, the subtleties of the ‘opaline black’ paint will turn heads for a second look, as the matte treatment exudes more of a radiance rather than a dulled finish.

Priced from $7,700, the 2020 TAG Heuer Carrera Chronograph collection offers a solution for motoring enthusiasts seeking both contemporary or classic. Regardless of your choice, both the Sport and paired back iterations recognise TAG Heuer’s pedigree, while showcasing its modern design language. And when paired with the Porsche 911 – you’re in the presence of two of remarkable nameplates. Icons of their respective brands and champions of their respective categories.

This article is proudly presented in partnership with TAG Heuer. Thank you for supporting the brands who support Boss Hunting.