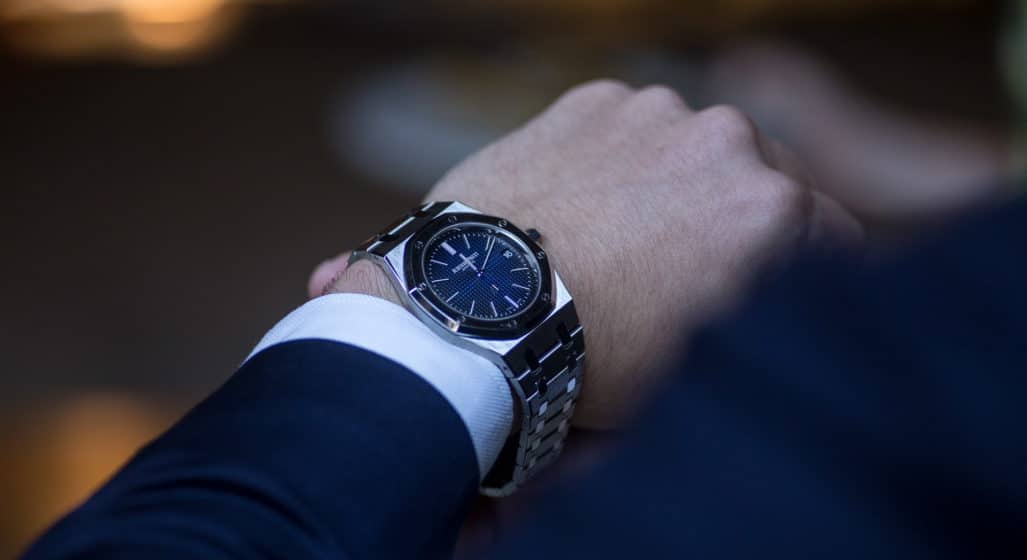 Women of today are exposed to countless articles of jewellery: necklaces, earrings, facial (and other) piercings, rings. Some fancier and larger rings are even statements to the world about the ‘worth’ of the man who brought it for her. We don’t look twice at a woman draped in jewels. Indeed, it is expected that ladies adorn themselves with silver, gold, diamonds, and the like. But what about us men? How do we portray to the world our glamour and our glitz and our supposed net worth? Like many things in life, it’s all in the wrist – in the watch as the best men’s jewellery.

The Brave World Of Men’s Jewellery

For a high school graduation gift, my dad brought me a large gold ring. He said he was always suspicious of men who wore necklaces and in retrospect I believe he has a point; a chain too big passes as ‘bling’ and should be left to late 2000’s-era rappers whereas a chain too small breaks easily and may as well not be worn at all. I later found out that the ring I was given was made of very old Russian gold and the sentimental family value of the piece means I keep it close at all times. Although I’ve tried wearing it out and about, I can’t escape the feeling that it’s trying to communicate something that I’m worried my personality can’t defend. Finally, and most simply of all, I think earrings on men usually only really suit pirates and buccaneers, if not pulled off correctly.

Why The Watch Works

A man’s precious stones, silver, and gold belong in his watch. These elements are precious simply because they are just that – rare and valuable. These are commodities that are difficult to find and difficult to forge into its given shape. It’s commonly said that men are interested in ‘things’. There exists no more intricate, delicate, and fine thing than a handbuilt watch, expertly constructed to tell the time just right.

While displaying time doesn’t seem amazing in itself, the mechanical prowess and craftsmanship place the prestige value as high as the price tags which often creep from the tens of thousands, into the hundreds of thousands, and even millions. Those who choose to sport a watch,  do so for individual reasons, perhaps he’s a man who likes to know the time, has marked an achievement with a gift to himself, who feels the need to convey his wealth or is a passionate enthusiast with a vast personal collection. Unlike necklaces, earrings, or rings, the watch speaks – without shouting.

For your next men’s jewellery addition, cop a timepiece for under $5,000.