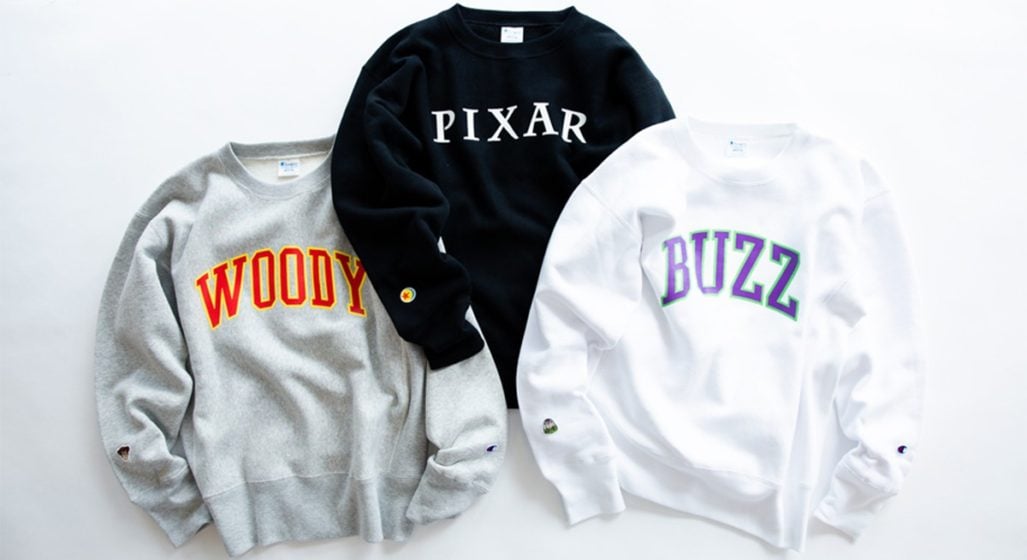 In what must be 2019’s weirdest collab, Champion has linked up with BEAMS and Japanese artist, Yu Nagaba to create a Toy Story apparel capsule. The drop is coinciding with Pixar Animation Studios “The Science Behind Pixar” exhibition and is made up of six different pieces.

All three include a stitched Champion emblem on the left sleeve and character tokens — Woody, Buzz and the iconic Pixar ball — on the right.

The Champion x BEAMS x Yu Nagaba Toy Story collection is available for pre-order now for a September 2019 release. Expect to pay around US$120 for the Champion gear, while BEAMS tee will set you back US$40.

To infinity, and beyond.

RELATED: All 63 Disney Movies Coming Out Between Now And 2027