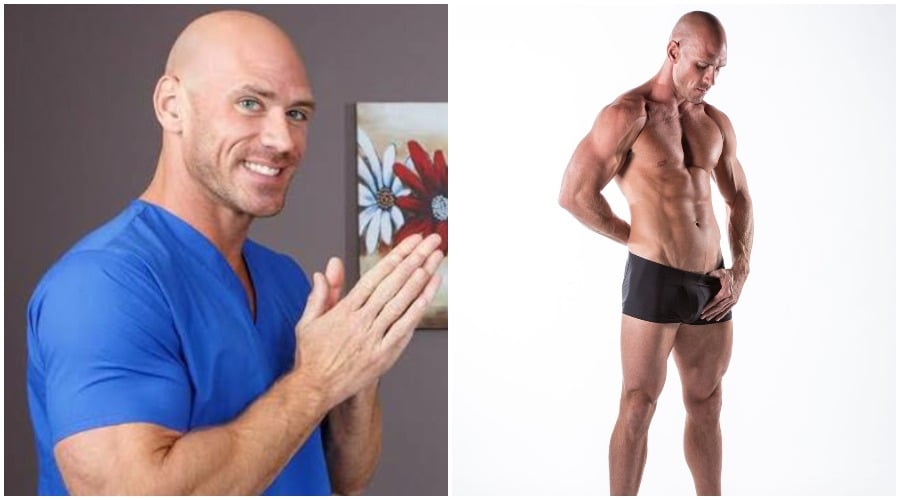 Johnny Sins (aka Steven Wolfe) is about as synonymous with the adult film industry as Incognito mode is to Google Chrome. Hold up a minute, his name isn’t really Johnny Sins? Let’s gloss over the fact that I too only just found out and turn our attention to the wisdom Johnny Sins has to share with us today.

Let’s get this out of the way first up, all the guys in the office want to know if you have a ballpark figure. What’s the rough number of women you’ve had sex with?

Ha! Well, I wish I knew the exact number. If I could go back to the beginning, I would take a picture of every woman I ever worked with and by now, I’d have an amazing coffee table book! I’ve done about 2,500 scenes but a lot of those are with the same women and some are also multiple women per scene. So, if I had to guess about 1,500-2,000!

I came to Mexico to train and run my first half Ironman 70.3 Triathlon – or 113 kilometres altogether. I’ve never done anything like it besides running a classic distance triathlon about a month ago, which is about half the distance of the 70.3. I’ve mainly been into lifting weights but decided to take on this new challenge to push myself.

What’s the quick power workout that you pump out right before you shoot a scene?

I’ll do a few sets of push-ups and some air squats right before the scene, just to get my muscles pumped so they look better on camera. Especially when I’m half-dressed for the intro. However, if I’m in a suit for the beginning of the scene I’ll usually skip that part as its already hot enough!

How important is the link between health/fitness and sexual stamina?

I believe health and fitness have everything to do with sexual stamina.

Have you ever experienced premature ejaculation, especially on set?

Yeah sure, we all have! Sometimes you just take one stroke too many and there is no holding it back! In my younger days I could usually keep going, these days I’ll take 10-15 minutes and come back and finish the scene. As long as you can finish no one minds. As a benefit, the director gets a two pop scene out of it.

How important is it being mentally strong as well as physically confident in tackling premature ejaculation?

PE is all mental, plus experience. I know down to the stroke when I’m going to ejaculate. Sometimes I’ll stop right before and one more stroke would have done it. It’s all about knowing your body. Mental plays a big part leading up to it too. The first step is to think about something else until the feeling subsides, if that doesn’t work, pull out or just come to a dead stop inside. You gotta do what you gotta do!

What tricks do you use during sex when you feel you’re going to climax early – or to avoid climaxing early?

The first thing I do is to stop focusing on what’s going on and think about something else. Start doing math in your head, think about something that turns you off, think about your grandma in the room! Whatever it takes to get your mind off that feeling, really. As soon as it goes away you can start concentrating on the good stuff again. If that fails I’ll just pull out and go down on the girl or just come to a dead stop deep inside until that feeling goes away and then keep going. I’ve never done it but some guys use physical pain to get their mind off it. I’ve heard of guys punching themselves in the face to not cum early! Hey, whatever works for you.

You’ve been a fireman, an astronaut and a doctor – which of your on-screen characters would you choose as an alternate career?

I think an astronaut would be the most epic career. Who doesn’t want to go to space?! Also, it’s still yet to be determined if anyone has actually had sex in space yet. Maybe that could be me!

If you want to know more about Johnny Sins’ advice on premature ejaculation, this in-depth SinsTV episode from the man himself should get the job done.

You might also want to consider the advice of one Reddit user that used the Wim Hof breathing method to cure his sexual anxiety.