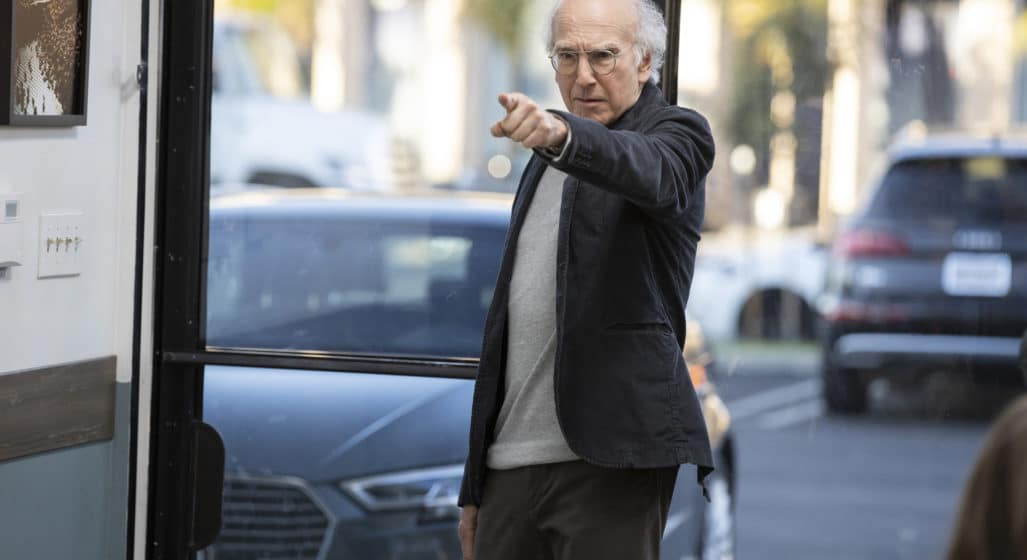 When Larry David was served a luke-warm coffee and an insufficiently crumbly scone at “Mocha Joe’s,” he didn’t just roll over and troll the cafe with an anonymous 1-star review.

He poured his rage into a ‘spite store,’ opening his own cafe “Latte Larry’s,” just next door. You don’t earn the nickname Social Assassin for nothing.

The vindictive plotline drove Curb Your Enthusiasm’s tenth season and inspired copycat celebrity spite stores in its season finale. Jonah Hill debuted as the passionate owner of a spite deli, Sean Penn as a pet store owner, and no one complained when Mila Kunis cameoed as a vengeful jeweller.

Star power and fiction aside, spite, in its most destructive and malignant ‘prove you wrong’ form has been the key driver of success for many Boss Hunting-beloved brands.

Is spite the ultimate power move?

Reed Hastings was so infuriated by his $40 Blockbuster late fee after misplacing “Apollo 13” on VHS, he embarked on a novel postal movie-rental business with a flat monthly fee called “Netflix.” $40 isn’t a bad start-up fee for Hasting’s tidy 5.5bn net worth, as of July 2020.

Prancing Horse loyalist Ferrucio Lamborghini was so offended by Enzo Ferrari’s arrogance to claim his malfunctioning clutch was due to his incompetent driving, that, two years later, he launched the first Lamborghini 350 GT, at the 1964 Geneva Auto Show. Using ex-Ferrari engineers, no less. As they say, the rest is history.

“You can have the little bastard,” supposedly proclaimed Walt Disney as he aggressively sketched out a doppelgänger mouse to replace his “Oswald” The Lucky Rabbit cartoon, which was lifted by Universal Studios. The new sketch became just as ‘lucky’ for Disney. Today, Mickey Mouse merchandise, alone, earns Disney Studios US$3 billion annually.

Sir James Dyson’s frustrations with the lacklustre suction capabilities of his Junior Hoover, and their company response to it in 1978, led to hours of tinkering in his garage. Eventually, Dyson produced the patent to bladeless fan technology which earned him the current title of Britain’s richest person.

He preaches that “in order to fix [something], you need a passionate anger about something that doesn’t work well.”

Do we have a romanticised perception of spite?

We’ve all been there. I love being right, I hate being wrong, and there is a unique gratification in proving people wrong. But God help us when we are on the receiving end. When a person, action or event causes us to feel wronged, mistreated or humiliated, our egos’ default setting is to strike back.

Seeking revenge is an easy response to the discomfort and, in many ways, provides a lot of benefits. It has the ability to soothe us from the pain because it makes us feel like we are proactively doing something towards fixing our emotional state.

It is, therefore, an incredibly rewarding strategy, in the short term, because any forward momentum helps you regain confidence. Which in turn, begets more confidence, and gets you back on your feet.

In the business case studies above, spite led to such a positive contribution, well beyond the initial moment of lift-off, because it spurred significant and positive change in the world which allowed it’s founders to drop spite altogether and be spared from its harmful effects.

Each individual created an entirely new category for their products and innovations, and in so far surpassing their competitors, they no longer needed to live to face the individual or company that wronged them. No more source, no more harm.

Yet despite the gripping and romanticised tales of successful revenge and the sparks that ignited them, it isn’t perceived as an admirable human characteristic. And it remains strategically hidden from the ‘about’ section of any company’s back story.

How can spite go wrong?

We all have an ego, but some of us do a better job at subduing it than others. When an action, incident or event takes place, we have control over how we respond to it. Anger and rage are considered low hanging emotional and immature responses which, if left unchecked, can eventually destroy us.

As the saying goes, “before you embark on a journey of revenge, dig two graves.” The negative energy and 24/7 battle you’re waging against your opponent will eventually boomerang back onto yourself.

It takes time, energy and usually money to consistently stay pissed off. You have to remain in fighting mode. And if it isn’t the health risks and effects of consistently high cortisol levels that get you, it might be the nagging realisation that the person or thing you are fighting probably doesn’t give a shit about you. They’re probably out there living, maybe knocking back beers with mates, or managing their other vendettas to spare any time or energy thinking about you at all.

As a society, we tend to be in greater awe of those who rise above and develop an indifference to the ones who wronged us. Being unphased by the wrongdoings of your boss, colleague, mate or past lover is a whole lot harder than playing out your days consumed by the drama of it all.

Harder, sure, but it’s more liberating too, and needs to be perfected if you want to get the maximum upside from spite with zero downsides. If you let go of your vengeance, you can return to living a life being defined by the present moment, and not one where your past confrontations go on to determine your future.

Spite definitely has a place in our world. So much that if everyone, everywhere, gave up all at once in having the last say, humanity might reach a point of total and terrifying equilibrium with an indefinite halt in societal progress. But spite should only be seen as a useful strategy to the point it can get you going, and make you feel better about yourself, not worse.

If you’re an easy victim to spite, at some point in the days or weeks that follow it, you need to ensure your key source of motivation transitions beyond needing to prove your worth and obtain validation, towards a more elevated state of consciousness. Use it to get you to the point you have the valuable product, service or mindset that can create something of value and lasting change in the world, and then let it drop to your wayside so you can finally be free to enjoy it once it gets you the winner. Liberate yourself because we only have a finite time on this Earth.

Besides, you can always go the Disney route and write in a cheeky bi-line in your will, to ensure your revenge is reenacted by others who can carry out the dirty work for you. In 2006, Disney Studios bought back the rights of “Oswald” from Universal. Game, set, match.