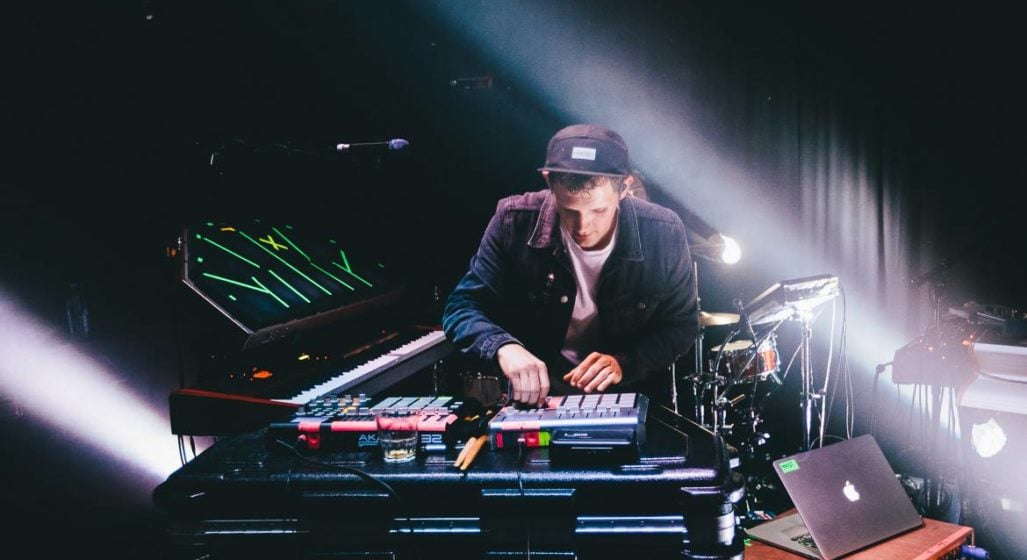 There’s a lot to love about Australian music festivals, adding to that list is the privilege of bringing your own booze and your mum’s favourite couch. We spoke to The Kite String Tangle about all things music, entrepreneurship and what he’s packing in his esky for Boss Hunting’s favourite BYO festivals. The thought of palming off the traditional $10 warm mid-strength festival beer makes us a bunch of happy campers.

Brisbane’s favourite infamous weekend sleepover party is returning for its seventh year in October 2017. This year is ‘Space Oddity’ themed, with our boy The Kite String Tangle captaining the mission as headliner alongside The Preatures. The event is renowned for treating its patrons like adults, with little rules – it’s “basically a house party at your mate’s house if he lived on a pristine 40 acres in the D’aguilar Range”.

Meredith is one of Australia’s oldest and most loved festivals. What started as a few mates cutting shapes out in the bush is now a 10,000-strong event 20 years later. The curators of this masterpiece put maintaining the original spirit of the festival at the top of their list, which keeps it discerned from the peloton of other festivals popping up. This year’s event will take place in December in Meredith, VIC and is likely to bring a fat lineup to the party (think King Gizzard, Peaches and Jagwar Ma).

This is one of Australia’s leading BYO events and takes a high place on our list for the sound and visual setup factors. Mid-November each year sees festival-goers take passage to Tocumwal, NSW for an experience of “the sky, smiles, dancing, afternoons of wild river swimming and those quiet moments of reflection.” Organisers promise ‘the greatest weekend of your life’ and they probably aren’t wrong. On the roster this year are Sampa The Great, CC:DISCO! and Harvey Sutherland.

Branding itself as a place of freedom, love and dance music, Rabbits Eat Lettuce scratches our inner itch to rinse out in the middle of nowhere with some avant-garde specimens. The festival is inland of Byron Bay and takes place over the Easter long weekend, with 2017 boasting an electronically-dominated ensemble including Hermitude, Lane 8 and Go Freek.

The Hills Are Alive

A premiere boutique festival destination for anyone in Victoria, set on a secluded farm 90 minutes from Melbourne and surrounded by picturesque lakes. It’s renowned for its culture and family vibes – sub in a grandiose roster, which this year featured Amy Shark, Northeast Party House and Cloud Control, and you’ve got yourself a winner. Catch the next one in March 2018.

Our Yarn With The Kite String Tangle

Okay, so you’ve got your album coming out midway through July, what can your fans expect?

I don’t think it’s super different from what people would have heard before if they’re familiar with The Kite String Tangle, but it definitely represents progression for me. It’s me exploring my sound – what I was already doing but going a lot further with it. So yeah, I think we tracked some live horns, strings, pianos and a bunch of stuff in the studio which was a bit of a departure for me because I usually operate in the bedroom capacity. It was good to get out of the whole bedroom production space and record a bunch of live instruments, to kind of have that that depth of position between the organic and electronic instruments. That feels really good for me about the album.

The timing is great, and you’ve got some big things coming – you’re playing Splendour and supporting Odesza in the couple of months following the album release – what satisfies you most about making music?

It kind of flips for me, I get to do music full time which is really cool, and I feel very lucky to be able to do that. Also, it’s multifaceted in that it’s got a performance element and the writing/production element. They’re all totally separate things but you get locked into the same role quite often. You used to have song writers who would write songs, then pass them to people who could perform them really well, but it wasn’t often they were the same person. I get kicks out of both, at different times I find myself leaning more towards one and then I’ll flip six months later. Right now I’m really loving writing music; just creating something that didn’t exist at the start of the day and having a song at the end. I bet in three months’ time I’ll be really vibing off the back of the Odesza shows and Splendour and be right back on the performance train.

We at Boss Hunting are big fans of entrepreneurial pursuits, you recently started your own record label, Exist Recordings, what was your thinking behind that?

It’s something I’ve always wanted to do; for pretty much as long as I’ve been doing music. There’s something appealing about curating something and I also really like a lot of the industry side of the business. As my music career started to take shape and I started to get a team around me, a lot of those roles were taken away from me (which is a good thing – so I can write music). I found I kind of missed them, so starting the label was a great way to have some emails to answer. It’s pretty good because I started it with my manager so it’s not so time consuming that it distracts from the music as well. I’ve found myself in an industry that’s unique and in a great position where I can do both.

What’s your goal going forward with the new label?

We’ve signed a couple of artists so far and they’re great. We’ve put out an EP for both of those – they’re both super talented and we’re going to continue to work with them as long as we can. We’re now trying to expand the roster so we’re looking at a few other artists. In the next three years or so I want to create some brand awareness around the label and try to make it a bit more of a community so that it’s something that people really want to buy into and be involved with.

What motivates you to achieve that success?

I’m quite motivated, I’m not really sure why. The artists we sign are super inspiring, I find myself as a musician learning a lot from the acts I sign. They work in such different ways and they’re in a different phase of their career, it’s just really interesting to see how they operate and how they write. I guess learning and finding out more about artists, people that I want to sign, and myself as an artist – that’s a pretty huge motivating factor.

You’re playing Red Deer Festival Later this year, is there anything special to you about a festival as opposed to a normal gig?

Yeah absolutely. I think they’re two totally different beasts. At a festival, you tend to find more people are up for listening to whatever. They’ll party to bands they don’t know and discover them. There’s this whole social element. You get that on a small scale at a venue, but it feels much more like the audience is there to connect with the artist on that night. They’re totally different and amazing in their own ways.

Red Deer is a BYO festival, what’s your poison of choice?

What are your three festival essentials?

Gumboots, a laminated version of the timetable, and a funny hat so that your friends can find you.

Favourite tune at the moment?

One of my favourite artists is Tourist, he just released a song yesterday. I’ve been playing that over and over. It’s called We Stayed Up All Night (feat. Ardyn).

What excites you most about the future of Australian music?

It’s super unique. Having done a little bit of touring overseas really highlights how unique the Australian music scene is. We have a crazy culture and a similarly supportive culture as well. It doesn’t exist as strongly anywhere else that I’ve seen as it does in Australia, it’s pretty amazing and the camaraderie is super awesome.

The Kite String Tangle’s album drops on all platforms on 14 July 2017.