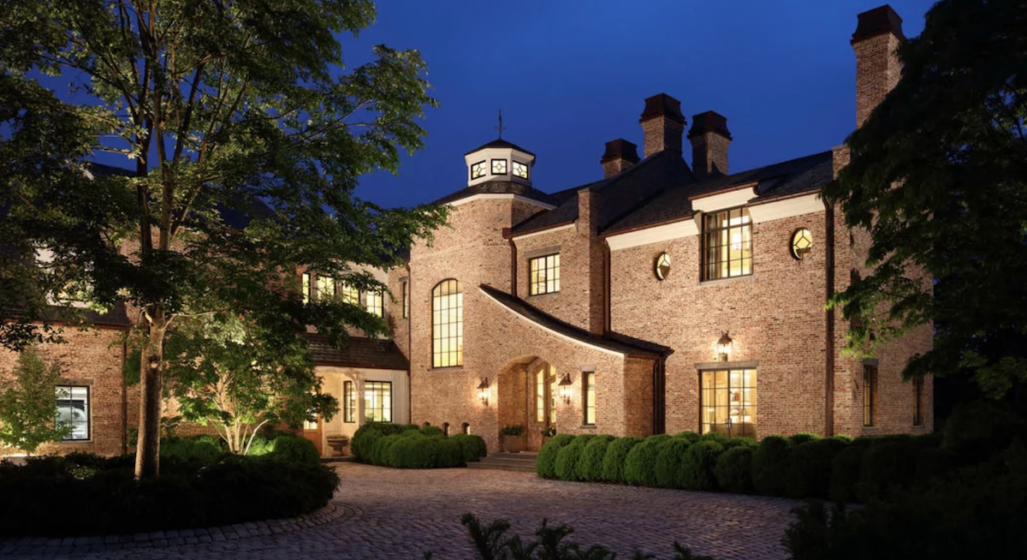 Six-time Super Bowl Champion Tom Brady and his wife Gisele Bundchen have put their luxurious Boston mansion up for sale this week. The five-acre property sits adjacent the ninth tee and fairway of Brookline’s The Country Club, making it the ideal home for those who love a bit of a swing in their spare time.

Brady purchased the land the home is situated on in 2013 and commissioned architect Richard Landry and designer Joan Behnke & Associates to help build and style his dream digs, which took two years to complete.

The end result is a massive 9,716-square-foot two-storey home containing five bedrooms, an eat-in kitchen with top of the line appliances, a wine cellar, gym, spa and an office with a fireplace. There’s also a separate 2,400-square-foot guesthouse complete with yoga studio, sleeping loft and a full bath.

The lush grounds of the estate feature an organic herb and vegetable garden, huge infinity-edged swimming pool and sprawling driveway with enough room to park 20 vehicles, if you’re planning on hosting a few summer shindigs.

Whether Brady can get what he wants for the property is up for debate, especially considering his neighbour, Reebok founder Paul Fireman, has struggled to sell his 25,000-square-foot property since 2016. Initially looking for a spicy AU$133 million, the massive mansion is now priced at just AU$56 million.

Considering Brady just signed a two-year extension with the Patriots, making him the sixth highest-paid quarterback in the NFL at the ripe old age of 42, we’re sure he’s not too concerned if the property sells for a few million less.