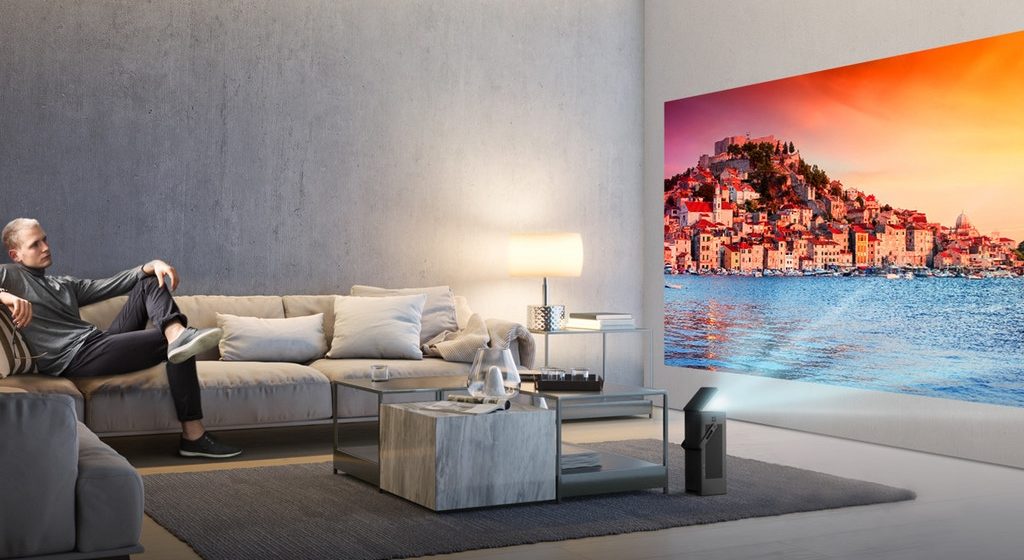 LG has recently unveiled a new 150-inch HU80KA projector that will make set screens obsolete. While projector technology has been around for some time, no commercially available product ever came close to outputting 4K quality with support for HDR until now. Beyond simple screening of film and TV, it is also said to work a treat for console gaming. Walls, floors, ceilings– this versatile design will allow for the projection of high-resolution imaging with impressive frame rate almost anywhere.

In terms of specs, the HU80KA produces 2,500 lumens of brightness, “… more than 8 million discrete pixels by XPR (Expanded Pixel Resolution) video processing…”, and houses two seven-watt speakers within its relatively compact casing. The casing itself is roughly the size of a shoe-box, and can either be mounted or stood upright. The HU80KA will also possess Bluetooth, HDMI, and Optical connectivity capabilities with supposedly high-end sound quality. The inclusion of standardised USB ports will allow for media playback from flash drives and external hard drives, on top of the Ethernet and HDMI ports. And of course, you’ll be able to stream from your favourite platforms. Youtube, Netflix, Stan, and more.

While LG has gone on record to describe the HU80KA as an “… affordable yet premium device…,” a definite price point has yet to be announced. This announcement will in all likelihood be made officially at CES.