A Rare 1988 Lamborghini LM002 Has Just Resurfaced On The Market

Nicknamed the “Rambo Lambo” due its military DNA and beastly form, the LM002 was the badge’s original SUV which saw an extremely limited run between 1986 and 1993. This particular iteration was manufactured in 1988, delivered new to a customer in Miami soon after, before eventually find its way to New York sometime during the early 2000s.

By all accounts, it’s in pretty good nick. The highly-coveted whip has clocked 18,000 km on the dash, with both a fresh dark blue exterior paint job (the original colour) applied and bespoke set of Pirelli Scorpion Zero tyres replaced in 2019.

“Few could have anticipated the imposing yet incongruous sight of a six-foot-tall, near three ton, V-12-powered, four-wheel drive behemoth at the 1986 Brussels Auto Show – much less one appearing on the Lamborghini stand,” reads the listing’s description.

“But then Lamborghini was never one to follow convention or perceived wisdom, and rarely has this free-thinking approach been embodied more succinctly than with the company’s fantastically idiosyncratic LM002.”

Powered by a version of the Countach’s 5.2-litres V12 engine mated to a 5-speed ZF gearbox, the Lamborghini LM002 is capable of generating 444 horsepower and 498 Nm of torque; featuring a tubular steel chassis clad with aluminium and fibreglass panels.

For a car of this shape and size, the big boy’s performance is quite impressive: 0-100 achieved in just 7.7 seconds and a top speed of 190 km/h (“although a fuel tank of some 290 litres hinted at its prodigious thirst”). In terms of driving modes, two-wheel or 4WD is available depending on the terrain you choose to confront.

The interior, on the other hand, practically speaks for itself. Vintage cream leather, wood trimmings all throughout the cabin, subtle lettering… luxurious old school cool meets unadulterated sex appeal only an Italian automaker could offer.

Whoever’s lucky enough to cop the Rambo Lambo heading to auction through Sotheby’s will be joining the esteemed company of Sylvester Stallone, Malcolm Forbes, Tina Turner, Keke Rosberg, and several others.

Check out the 1988 Lamborghini LM002 for yourself below. 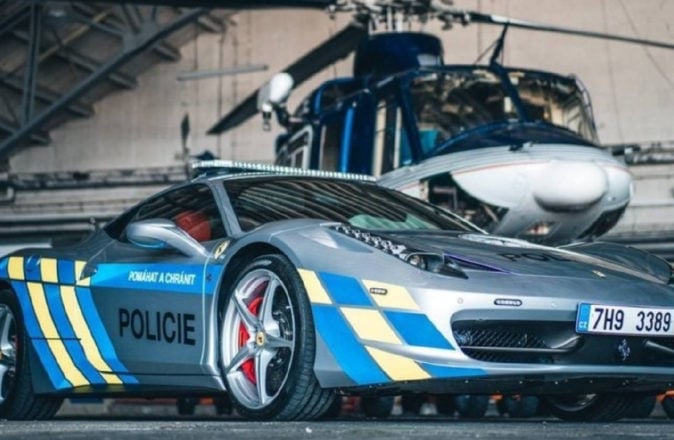