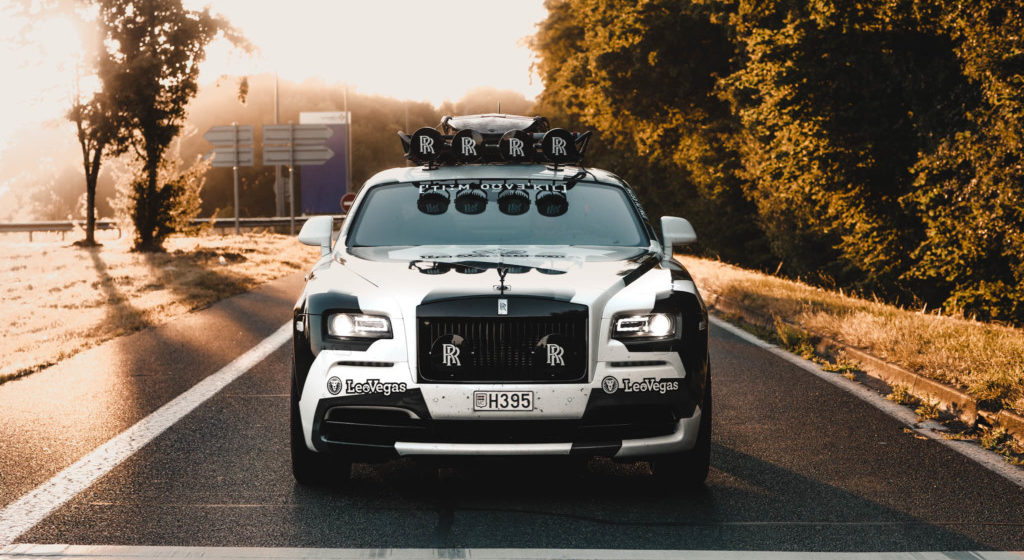 Jon Olsson is back, and his latest project is quite possibly his most audacious yet. The pro freeskier-turned vlogger’s record of automotive projects is wonderfully ridiculous, and the Swede has this time followed up his epic wide-bodied DTM-inspired RS6 with a custom-commissioned Rolls-Royce Wraith as his new summer wheels, taking the Team Overkill madness up several levels along the way.

The 810hp (Olsson even has the dyno stats to prove the car’s power), 6.6-litre V12 beast was built by Absolute Motors in the Netherlands, and is adorned in the usual camo wrap now firmly associated with Olsson and Team Overkill. But, since this is a summer car, it has a roof rack for a surfboard rather than the usual ski box.

Jon Olsson’s Rolls-Royce Wraith ‘George’ Can Now Be Yours