Inside the Cockpit of a Williams F1 Car 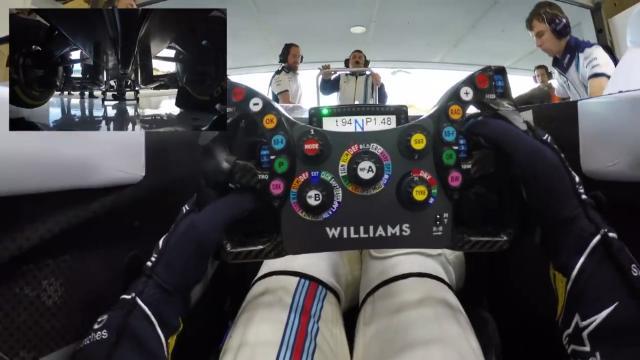 Williams F1 have this week released what they’re calling “cockpit cam”, giving insight into a lap of Spain’s famous Jerez circuit from the view of the driver. While not officially releasing whether it’s Felipe Massa, Valtteri Bottas, or perhaps even test driver Suzie Wolff behind the wheel, the power of the internet has very quickly deduced that it is indeed Felipe Massa steering the car around the track.

Despite the main camera being mounted slightly lower than the drivers line of sight, its clear that a lap in a F1 car requires much more than just throttle and steering. The clip also contains vision from cameras mounted underneath the chassis and on the rear wing, giving us multiple angles of the Williams machine at work that you rarely see.