WATCH: Land Rover Gets Shot By A Tank In Super Slow Motion 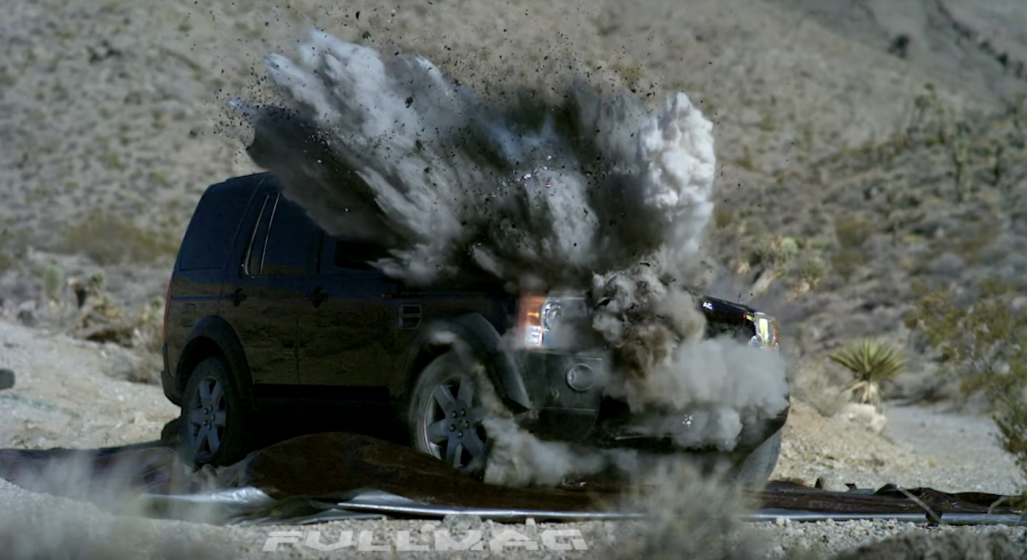 There are few things in life as fun as watching stuff getting blown up for absolutely no reason.

Using this exact logic, the crew at FullMag put a 105mm non-explosive shell from an M60 Patton battle tank through the running V8 of a Land Rover LR3. I suppose if it were an explosive projectile and it hit the fuel tank, there wouldn’t be much to see on camera.

Watch the carnage below, which starts at 1:45 minutes – and then check out a bunch of retro SUV’s you can buy instead of a Land Rover Defender.