Set to debut online on October 26, McLaren has given us one final teaser of their upcoming flagship the ‘Speedtail.’ Coined by Motor Trend as the ‘spiritual successor’ to the legendary F1, the Speedtail will be capable of more than 986 horsepower from a gas-electric powertrain. No official top speed has been revealed, though it is said to be the fastest McLaren ever.

Aside from the sculpted rear-end seen in the teaser image, no further details on the Speedtail’s exterior have yet surfaced, but we do know that inside you’ll find a central driving position and two passenger seats either side.

A stunning, streamlined form with a power output of over 1000PS. Just 106 being produced. A Hyper-GT. Want to know more? Join us on October 26, 13:00BST to witness the McLaren Speedtail.

Only 106 cars will be produced – the same production run as the F1 – and all examples have already been snapped up. The expected sale price is around the $3.2 million AUD mark. Wouldn’t that be nice, dropping that kind of coin on a car before you’ve even seen it?

RELATED: Sub $50k second-hand cars that look more expensive than they actually are. 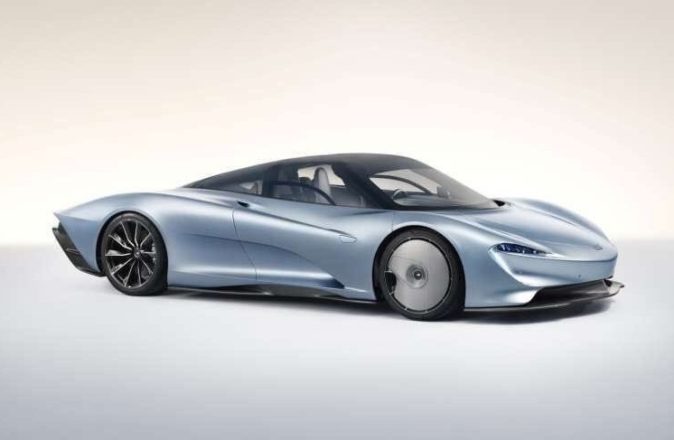 Hot Or Not? This Is McLaren’s New ‘Speedtail’