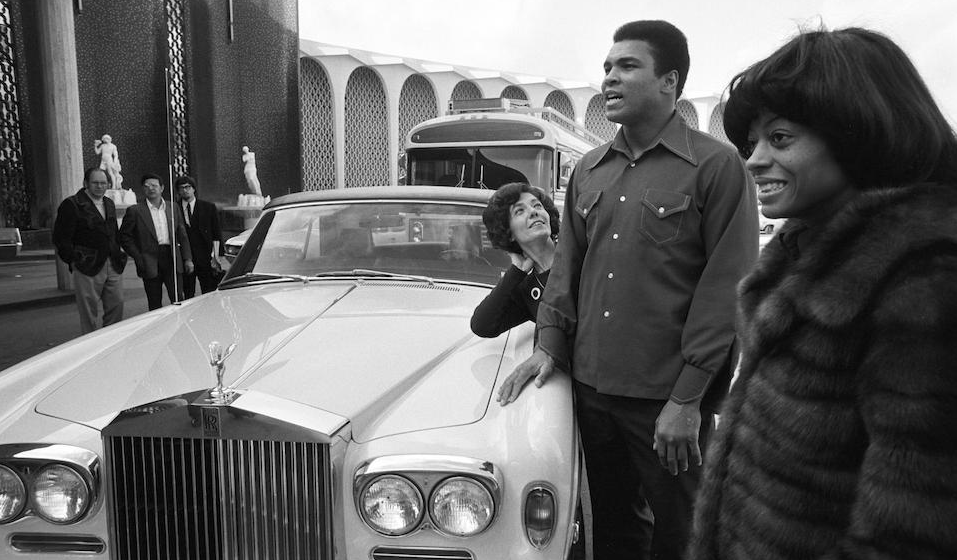 If you’re after a new set of wheels with a little history look no further than legendary prize fighter Muhammad Ali’s 1970 Rolls-Royce Silver Shadow Corniche Convertible. A top-of-the-line Rolls in its day, the car was purchased by Ali to celebrate his return to the ring in 1970 after a three-year absence.

The luxury British car surfaced on privately-owned auction site Bonhams and has been offered without reserve, with valuators expecting the car to fetch between A$65,000 and A$100,000.

The classic convertible features a 189 hp (141 kW) 6.75 L V8 engine, leather interior, new brakes and a revised carburettor equipped with an electronic ignition. The car was repainted in 1999 and comes with a Warranty Acknowledgment and Temporary Drivers License both signed by Cassius Clay (the boxer’s name by birth), proving Ali was the cars previous owner.

Although it needs a little work the chance to own Ali’s first ever Rolls-Royce will no doubt attract many bidders. Hell, if I had a spare $100k I’d certainly get around it, its value is only going to go up.