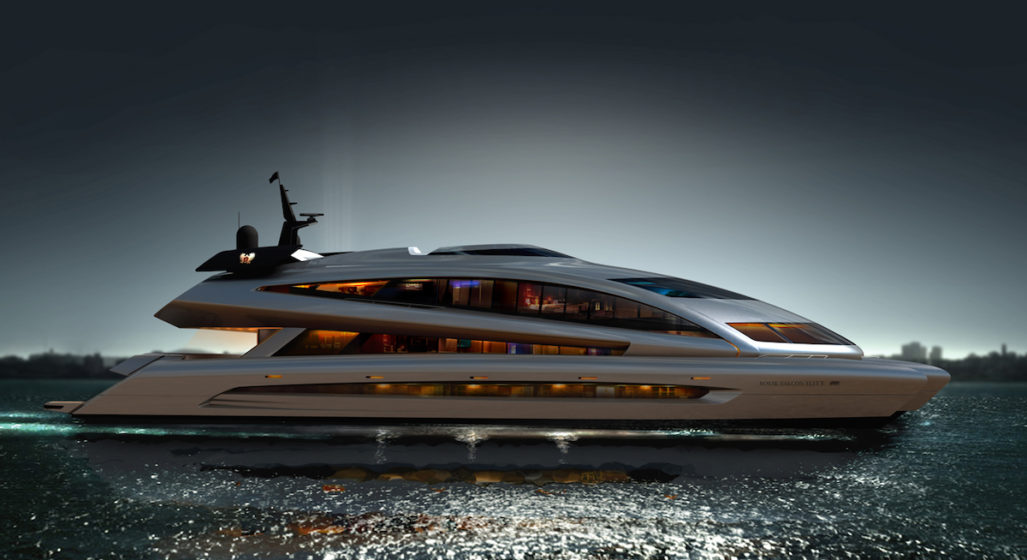 Having been in construction for over a decade, many believed the mysterious Porsche Design ‘Royal Falcon One’ to be a myth, but the grandiose yacht has silenced the doubters after being spotted breaking cover for the first time in Sweden.

Completed at a top-secret outfitting facility in Nynäshamn, Royal Falcon One is a 41.4-metre long spectacle powered by twin 4,600 horsepower diesel engines and twin Rolls-Royce KaMeWa waterjets. With an estimated top speed of 35 knots and a range of 3,218km at a cruising speed of 30 knots, the Royal Falcon One is ideal for exploratory sailing around the Med.

Developed by Kockums AB with Porsche Design Studio and naval architects Incat Crowther, this impressive looking nautical cruiser is spread across four decks with room to sleep 10 guests and 10 crew.

The top sundeck provides 360-degree views and includes a jacuzzi, bar and daybeds, while the forward observation lounge is a spacious area for entertaining that boasts luxurious interiors designed by Porsche.

Details regarding the owner and the intricacies of the opulent interiors and amenities remain unknown, but it’s believed Royal Falcon One may be visiting the Mediterranean next month for a boat show where more will be revealed. 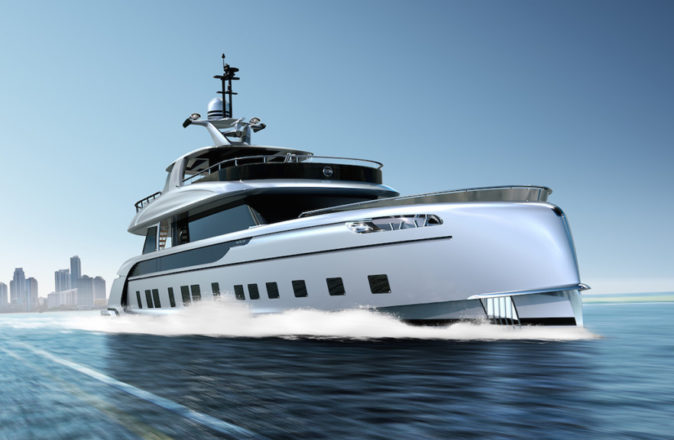 Porsche Are About To Launch A $21 Million Hybrid Yacht