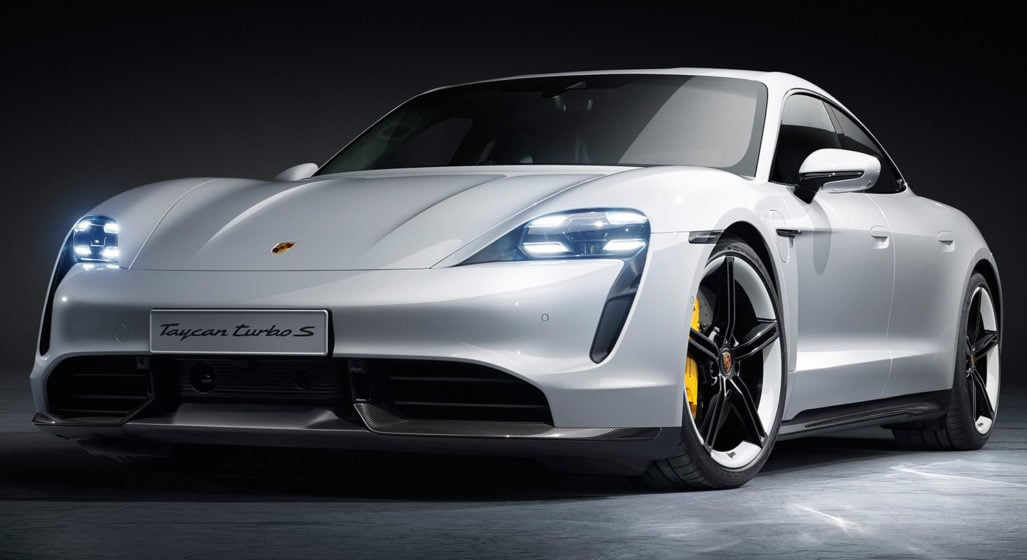 In what can only be described as the biggest shakeup of the European car industry this decade, Porsche has finally dropped its first all-electric sports car overnight, sure to send some serious shockwaves across the EV segment.

The Porsche Taycan Turbo and Taycan Turbo S usher in a new era of mainstream electric performance vehicles, with the likes of Porsche test driver Mark Webber singing its praises.

“Even for a thoroughbred racing driver like me, it is amazing how the Taycan accelerates off the start and out of the corners.”

“The Taycan’s power delivery is awesome,” Webber quipped at Goodwood earlier this year.

The Taycan – all-new, innovative, and ready for the future. Our first fully electric sports car is characterized by features that define every Porsche: pure emotion and maximum driving pleasure. What do you think? The floor is yours. #SoulElectrified #Taycan #TaycanTurbo #TaycanTurboS _ Taycan models: Electricity consumption: combined: 26,9 – 26,0 kwh/100 km; CO2 emissions: combined: 0 g/km

Despite having no internal combustion engine on which to actually attach a turbocharger, Porsche has decided to roll with the ‘Turbo’ name anyway. The flagship Turbo S variant packs a hefty 560kW of power (that’s a staggering 761 horsepower) and a 0-100 squirt time of just 2.8 seconds. The standard Taycan Turbo still sports an admirable 500kW and can do the dash in a lightning-quick 3.2 seconds.

The Turbo Taycan is good for 450 kilometres, while the Turbo S will travel 412 kilometres, depending on how sendy you get with the very addictive instant acceleration. The Taycan will also boast a world-first system voltage of 800 volts for a production car, double the usual 400 volts, to ensure the fastest charging times the EV space has seen yet.

Is this the Tesla killer that we’ve been waiting for? Quite likely. Porsche, who are arguably the leaders in performance dynamics, have spent a colossal five billion Euros on the EV segment in recent years.

Slated for launch in Australia in late 2020 with pricing to be announced closer to that date, it’s believed the upper echelon of the performance EV lineup will clock in somewhere around $350,000 Aussie dollars.

Discover more about the model range over at Porsche.com

RELATED: The Lamborghini ‘Sián’ Is A Hybrid V12 With Supercapacitors