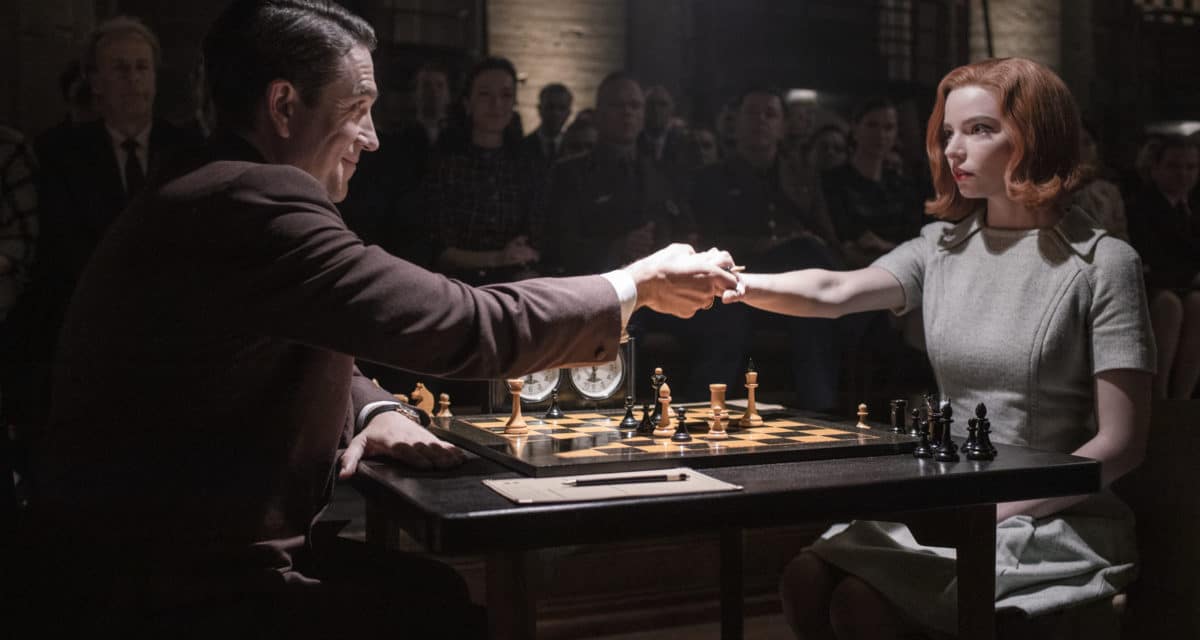 As exhilarating as it is watching Simmons power his way through a Sixers game, or Federer outpace whichever unfortunate soul happens to be trading volleys with him at the time, there are few sporting moments filled with as much tension as a good game of chess.

The publicity may be relatively niche, and the live audiences infinitely quieter, but the timeless two-player strategy game is built on a natural cycle of soul-consuming stress and a palpable sense of victory that has been drawing crowds, and wrecking players, since the international chess tournaments started in 1851.

It’s been well documented that elite chess players can burn up to 6,000 calories per day during multi-day tournaments – a mental-induced expenditure brought on by acute stress and intense concentration, which often leads to physiological changes like increased heart rate and oxygen intake. It’s not uncommon now for a Chess Grandmaster to prep for a tournament with vigorous exercise and specific dieting (usually carb-loading for those valuable glycogen reserves), reiterating just how taxing a high-stakes game of chess can get, even if the players are just sitting down for hours on end.

Whether the board kicks off with the infamous ‘Ruy Lopez’ – an opening play involving a pawn, knight and bishop – or ends with a tactical ‘Queen Sacrifice’, the constant flow of baiting opponents and setting up power plays several moves in advance has led to chess being used as a metaphor for just about anything that involves strategic thinking and scenario planning; a reference point that has gone on to influence world-changing military strategies and the intellectual advances of the 20th century.

Throughout the game’s long life, numerous history-making moments and fist-pumping victories reflect just why it has endured since its alleged inception back in the 6th-century. These are just some of the best chess games, tracking storied wins, high stakes and bitter losses.

German chess master Adolf Anderssen is generally considered to have been the world’s best player during the mid-1850s when international tournaments first started popping up around the world. During the very first of those tournaments, the sixteen-player competition in London, 1851, Anderssen sat down with France’s Lionel Kiseritzky during a break for an informal game which reportedly was so dramatic at the time that it’s now referred to as ‘The Immortal Game’.

Anderssen employed several gambits throughout the play, sacrificing pieces in order to gain a major tactical advantage over Kieseritzky. Back then, not accepting an obvious sacrifice was seen as unconventional, so Kieseritzky was basically backed into a corner, despite only losing three pawns throughout the game. In the end, Anderssen forced a checkmate with just two knights and a bishop, springboarding off his various sacrifices to dominate the game just 22 positions in.

Chess’ most recognised player, Garry Kasparov, went head-to-head with IBM’s Deep Blue supercomputer on two separate occasions in the mid-to-late 90s, resulting in the very first incidence of AI outpacing one of the world’s foremost intellects, sparking concern that machines were catching up to human intelligence. With both matches shaped by tournament conditions, Kasparov emerged the winner in the initial 1996 match-up but was bested in the rematch a year later. It later became the subject of an ESPN documentary titled The Man vs. The Machine.

While not a particularly exciting round of matches, the stakes were profound with Kasparov (at the time) considered the world’s very best player and the only person whose loss could indicate a major step forward for technology. Kasparov swiftly lost the very first game in 1996 without any trace of a computer bug; though one of the rounds in 1997, which Deep Blue won, is still said to be the result of a glitch in the system. Nevertheless, it marked a turning point in the way scientists and the general public viewed artificial intelligence at the time, and while it wasn’t quite ‘Will Smith being thrashed by a USSR demolition robot’, the implications were both exciting and terrifying.

Referred to as “The Game of the Century”, this 1956 showdown between 13-year-old Bobby Fischer and Donald Byrne was the very definition of an upset victory. Fischer was emerging at the time, and 26-year-old Byrne was considered one of the strongest players in the world. In fact, just a few years later he was awarded the International Master title by the World Chess Federation. Regardless, he still got absolutely decimated by 13-year-old Bobby.

The game is most noted for Fischer’s bold queen sacrifice towards the end, netting one rook, both bishops and one pawn for his trouble. Niche chess circles claim this move was “heard around the world”, which is a pretty big deal for someone so young. Fischer would go on to become the world’s youngest grandmaster two years later.

Garry Kasparov was clearly a bit of a magnet for history-breaking chess games, and his famed rivalry with Anatoly Karpov was full of them. This one from their world championship match in 1985 stands out amongst several others due to its technical brilliance and constant flip-flopping of odds.

Kasparov emerged the victor with Karpov unable to retain his world title thanks to what is known as a Sicilian Najdorf defence – often referred to as the ‘Cadillac of chess openings’ with its slick play designed to deprive White certain tactical squares, leaving Black nimble and open enough to attack in any number of ways. The game is regularly noted for how far-sighted Kasparov’s moves were – a testament to what separates a great chess player from an exceptional one.

Now, check out how a ‘Grandmaster’ of memory recited pi to over 100,000 decimal places. 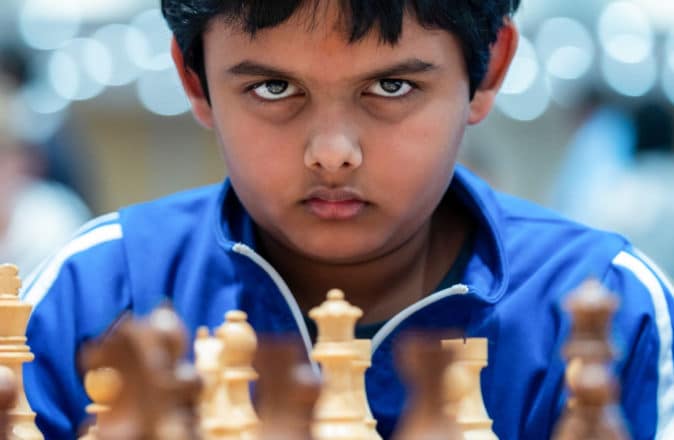 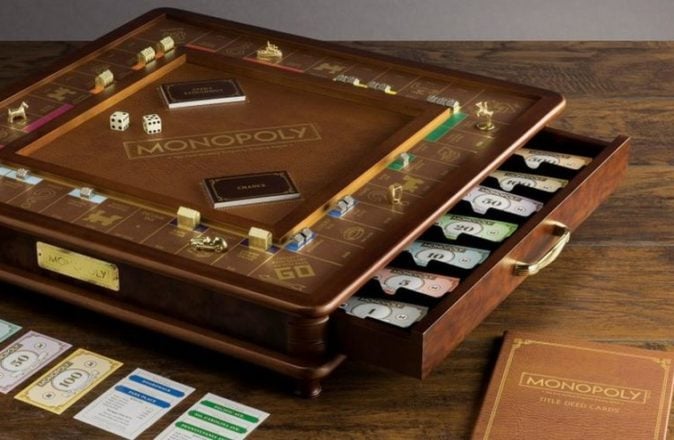 16 Best Board Games To Keep You Entertained Indoors 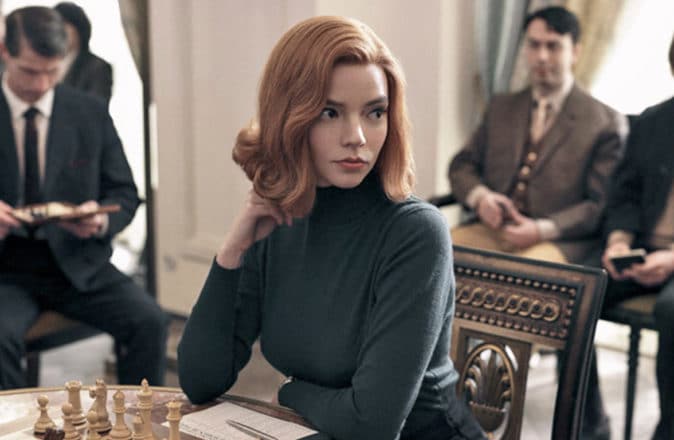