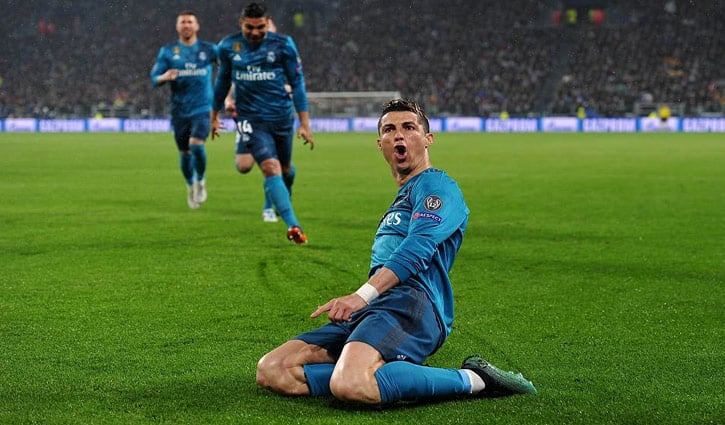 In a candid interview with ITV, arguably the world’s greatest footballer, Cristiano Ronaldo, made one very factful and honest admission to Piers Morgan.

When asked if a session of the horizontal salsa was better than the greatest goal he’d ever scored, the Juventus striker confirmed it indeed was, more specifically with his Spanish girlfriend Georgina Rodriguez.

“No, not [when compared] with my Geo, no!” Ronaldo said as he laughed at the quip from Morgan.

The goal in question for the 34-year-old was the spectacular overhead stunner he scored against Juventus last year in the Champions League quarter-final while playing for Real Madrid.

“I tried to score this goal for many, many years. I had scored 700-odd goals but I hadn’t done this. I thought ‘finally I had scored a bicycle, the beautiful jumping’.

“The way I had done against Gianluigi Buffon, against Juventus, in the Champions League. It was a beautiful goal.”

Despite that goal’s significance for a man with a two-decade-long career, it still didn’t live up to a night between the sheets with 25-year-old Rodriguez.

Both Ronaldo and Rodrigeuz claim it was love at first sight after their chance meeting in a Gucci store three years ago. The duo now have a child together, along with his eldest son of a previous relationship and two surrogate children.

Catch the full interview with Piers Morgan on YouTube below – you’ll find the chat about the goal at the 18:00-minute mark.