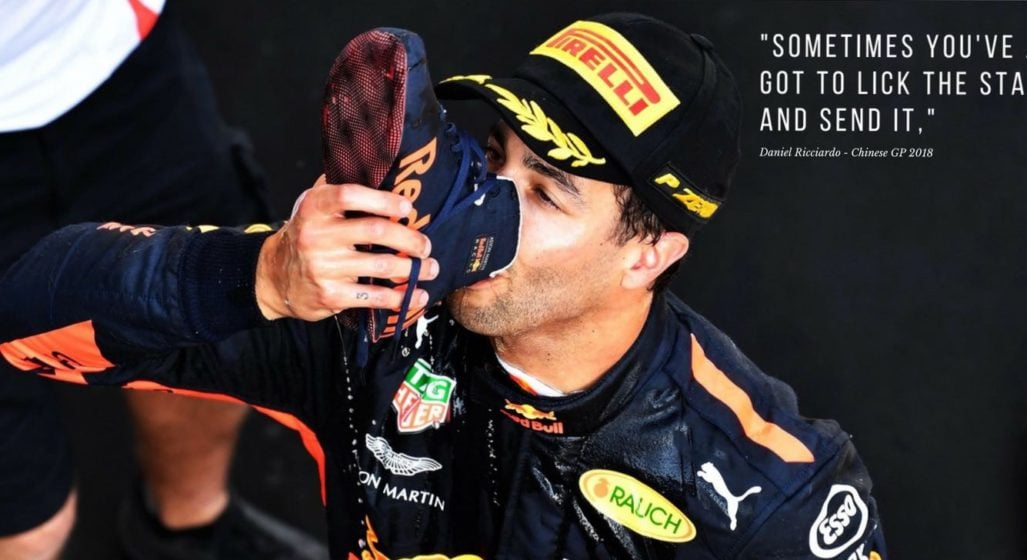 Daniel Ricciardo is many things, but one thing’s for certain is that he’s the best bloke on the grid. Behind his beaming smile, you best believe Ricciardo has quips and banter loaded up, ready to go. In no particular order, we’ve sourced some bloody brilliant one-liners and Daniel Ricciardo quotes from over the years.

Aside from the money, glamour, travel, and adrenaline, why did you want to be a racing driver?

2. Dan on highs and lows

“Sport does that, it’s up and down and it does kick you in the nuts sometimes I guess, or you feel like it does; or if you are female it kicks you in… whatever it is.”

“When I saw Max out there I thought, ‘aw, hell, ma boy’s done it again!'” – spoken in his best Texan accent, reflecting on Max Verstappen’s DNF at the 2016 US GP.

“Sometimes you’ve gotta just lick the stamp and send it.”

“I’m kind of not sure if my name is Daniel, David, Darren, I don’t really know anything anymore – like Zoolander, where he looks into the puddle, ‘Who am I?’ Is it the puddle?’ Yeah. Anyway. What did you ask me?”

“Top o’ the mornin’ to you Graham… Oh, you’re Scottish! I’ve wanted you to ask me a question all weekend. I was waiting to say that and I blew it. Viva Scotland!”

What do you have to do to get a break?

“If the Champagne is cold, then it tastes good. Normally on the podium, it’s cold so you don’t get all the flavours but if it’s warm, then you get the sweat and all that through it… the cold taste kills the bad stuff.”

“Netflix are a real bunch of cunts, aren’t they?”

“I wish I had Max’s hair. Not his pubic hair though.” 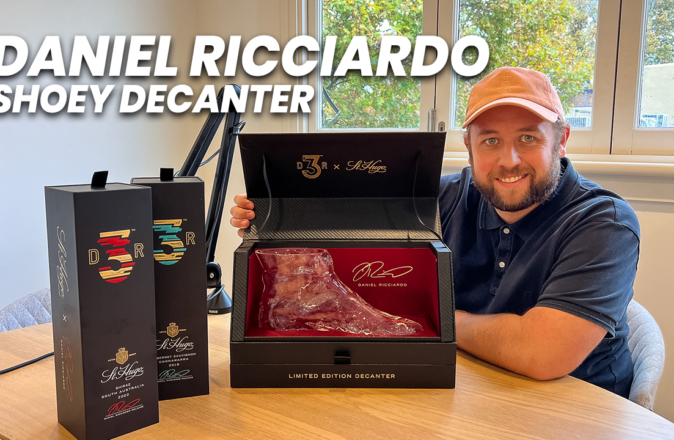 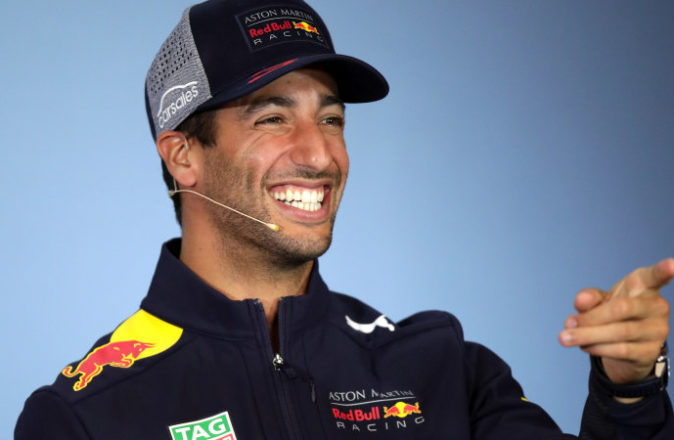 Why Exactly Did Daniel Ricciardo Leave Red Bull For Renault?