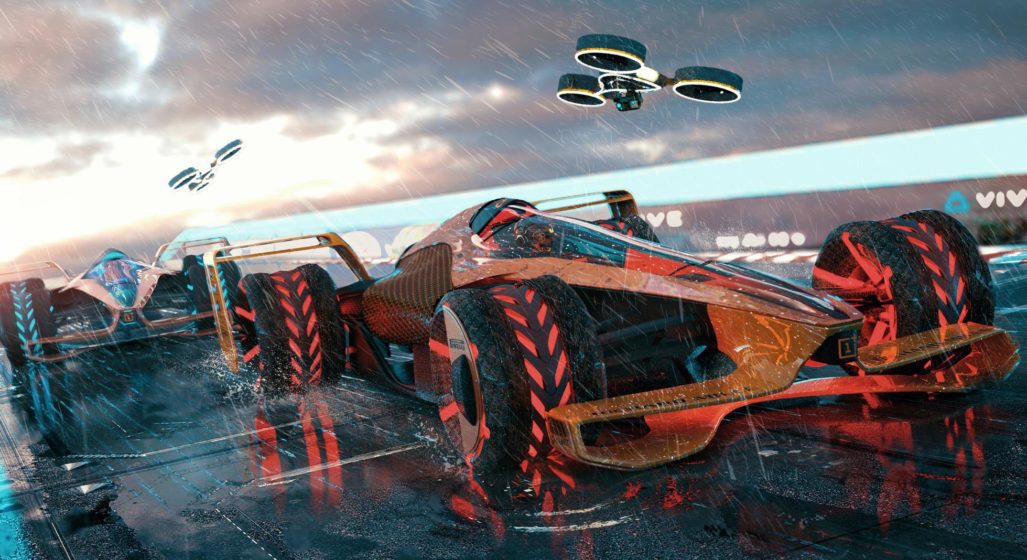 It’s crazy to think that 2050 is just 31 years away, but McLaren’s Applied Technologies are already well ahead of the game, hypothesising what they believe the sport of Formula 1 will look like in a few decades.

2050 will mark 100 years since the first F1 World Championship race at Silverstone. At the century milestone, McLaren predicts its weaponised all-electric race cars will remain open-wheeled and still play host to a human driver.

Dubbed the MCLExtreme, and with combustion engines out of the equation, the vehicles are expected to hit over 482 km/h on the regular. The physics-bending cars will feature self-repairing tyres and active aerodynamics with sidepods that “expand and contract like the gills of a great white shark.”

The insanity of the speeds and downforce mean that drivers will be wearing a fighter pilot-like G-suit to cope with the extra force and keep the blood pumping to the brain through corners.

In the future, McLaren assume that the F1 pitwall will basically become defunct thanks for a real-time AI assitant. Amazingly, the cars will also glow in different colours to reflect the emotions of the drivers.

Given the new speed, circuits will also need to be considerably longer. McLaren assume, for example, that a race in Milan could stretch all the way out to Monza circuit and back – with the banking at the iconic circuit being increased in gradient thanks to the huge downforce that will be created.

McLaren is also proposing blackout zones during the race where all the AI and tech will be turned off, meaning the focus will return to just how well a human can wrestle a stupidly fast and hugely-powerful race car.

Have a look at the MCLExtreme below.