Some Guy Shot The Chinese Grand Prix On A 0.016 Megapixel Game Boy Camera 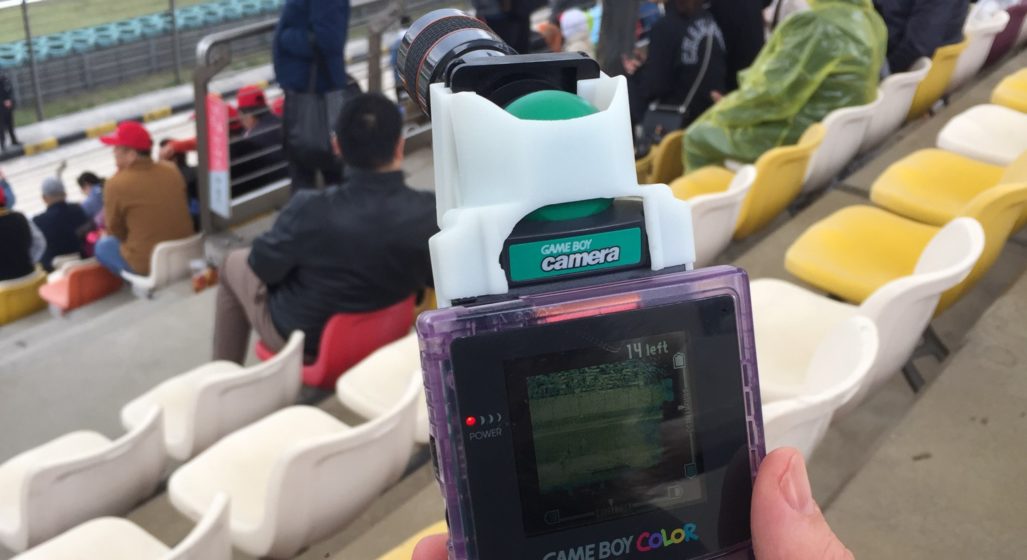 A little while ago we wrote about the photographer who shoots Formula 1 on a camera from 1913. Well, when you try and shoot the same sport on a 1998 Game Boy colour, the results aren’t too different at all.

A Reddit user posted his collection of shots from this year’s insanely captivating Chinese Grand Prix in Shanghai just yesterday, documenting the race through the lens of his Game Boy’s 0.016 megapixel camera from the late 90’s.

His set up, seen in a flat lay above, included the Game Boy, a lens adapter, and the lens itself. The comical final product can be browsed in the gallery below, along with a short caption from ‘HardSleeper‘ on what you’re actually looking at (believe us, it’s needed).