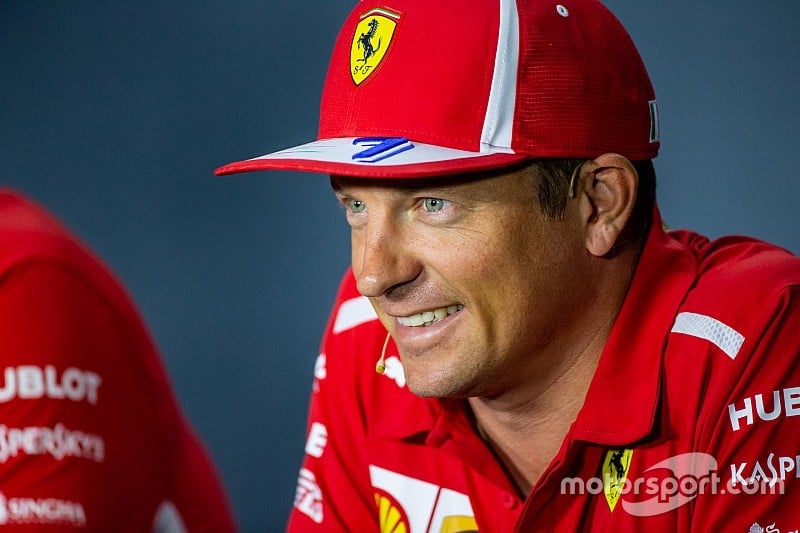 One of the most enigmatic personalities on the grid, Kimi Raikkonen has forever made headlines for his quips and quotes since entering Formula 1 with Sauber in 2001.

During the Season 2 premiere of F1 podcast ‘Beyond the Grid’, the Finn shares his belief that partying – a regular feature earlier in his career, and even on some occasions more recently – actually made him a better driver.

The story begins with the words of F1 fitness guru Josef Leberer, who trained Kimi in his early days as an F1 driver. After intense training Austrian Alps, Leberer took young Kimi out for a pizza and asked if he wanted a beer to wash it down. “[Kimi] said: ‘Really, may I?’” recalls Leberer. “I said of course, you’re working hard, a small beer is not a problem.”

“Obviously it’s been a joke often,” Kimi told the podcast about his party animal reputation, “but I actually think it’s more true than a joke that I’ve often been driving better [after] doing whatever I want between the races than if I’m just not having fun and drinks and stuff.”

The Iceman put the theory through a rigorous test back in 2013 when, after finishing second in the Bahrain Grand Prix, he proceeded to go on a 16-day worldwide blowout before sobering up in time to finish second in the Spanish Grand Prix. A strategy he’s since dubbed “The Raikkonen Method.”

“There’s too many proven theories… that [you drive] better [after you’ve had] a bit more fun,” says Raikkonen. “That whole summer was more or less racing and partying. It’s nothing new – for me it’s normal. Outside it might look a bit weird, but for me, in the past, it was a very normal story.

“I always thought that [it makes you] more relaxed and you need to put more effort and concentration in [on track] because you’re a bit unsure. And then the end result comes better.”

Beyond the Grid is now available on Apple Podcasts or Spotify.

RELATED: Kimi Raikkonen once retired from the Monaco GP and walked straight onto his yacht